A new report finds skills shortages in the sector are likely to be deepened by “a lowering of workforce quality” if EU workers are forced to leave the UK after Brexit. 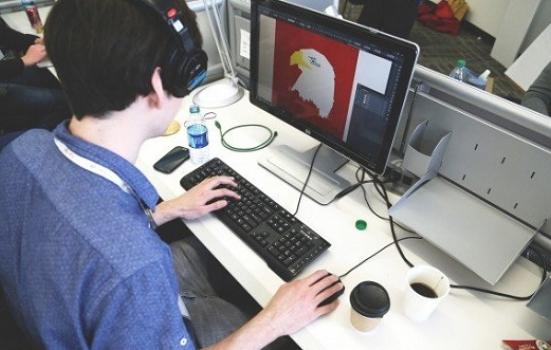 Up to one in five creative businesses could face the challenge of having to replace European migrant workers with UK nationals after Brexit, new research indicates.

A 2018 survey of 700 employers commissioned by the Creative Industries Council (CIC) found 18% employed migrants who were nationals of European Union (EU) countries, most frequently in skilled professional jobs. This result echoes findings from the Department for Education’s much larger 2017 Employer Skills Survey, which found 22% of the UK’s creative businesses employed an EU national.

Of these, about a third (29%) said their EU staff had skills they had not been able to find in British applicants. And 20% advertised roles outside of the UK, “suggesting that they had specifically sought out migrant workers because UK talent did not have the requisite skills”, says the report from the Creative Industries Policy and Evidence Centre.

“It follows, therefore, that if these workers became unavailable following Brexit then there would be a lowering of workforce quality because these employers would need to choose non-preferred candidates.”

Fears about the impact of Brexit on freedom of movement have long been a concern for the cultural and creative sectors. Earlier this year, some Lords criticised the Government for ignoring recommendations to implement EU-wide short term touring visas. And last year Arts Council England warned cultural organisations to inform EU nationals they employ about the need to register on the Government’s settlement scheme.

Most employers surveyed for the report (52%) said leaving the EU would negatively affect recruitment, international business or European funding sources for the creative industries.

About a fifth of respondents said they did not know how Brexit would affect the sector. 19% thought it would have no impact, and 4% expected positive effects, including access to new markets and less regulation and competition.

Among those who employed EU nationals, 52% believed Brexit would make it harder to recruit staff or create skills gaps at their company, 55% worried about its impact on recruiting the workforce they need, and 56% feared they could struggle to retain non-EU staff once the exit is completed.

“Taken together, the survey findings provide strong evidence for the need for the government to consider the different workforce needs of different parts of the creative industries when formulating policies,” the report says.

Businesses were more likely to think Brexit would negatively affect them if they were based in London, had more than 100 staff, or worked in industries already facing skills shortages.

This aligns with the finding that large businesses employed a higher proportion of EU migrants (79%), as did those in the UK capital (52%).

Concerns about recruitment post-Brexit were most prevalent among video games companies (70% of which expressed concern), followed by architecture and design and crafts businesses (both 48%).

According to the CIC’s survey, these are industries that already employ high numbers EU workers to fill their skills gaps: 32% of architecture and design and crafts businesses had at least one EU national on staff, as did 25% of ICT and games companies.

The skills most commonly lacking were in ICT – such as software development, knowledge of specific computer programme and website design and operation. Business competencies like project management and communication skills were also considered by UK employers to be in short supply, the report says.

“The overlap between jobs afflicted by skills issues and those which are taken by migrant workers in the creative industries is unlikely coincidental,” it says. “When faced with skills issues, employers will often seek to widen their recruitment and talent pools, including looking to non-UK sources.”

The creative industries could fare better than other sectors if Brexit results in less access to migrant labour, the report says.

It says most of the labour shortages in creative businesses are for high level and skilled professional roles, bucking the national trend: “In the wider UK workforce it is skilled trades jobs which are most impacted by recruitment issues, and what might be described as ‘labour-intensive’ roles” like machine operators and caretakers.

“Insofar as the UK’s future migration system after Brexit might prioritise skilled migrants over less skilled ones … the creative industries may be better placed than some others to address skills shortages through migrant labour.”

However, the prevalence of freelance workers in the sector – 50% of companies surveyed had used freelancers in the past year – and EU workers among them, meant that “one in ten businesses in the creative industries employ a freelance worker who might be unable to gain continued access to the UK workforce” after Brexit.