Thousands of arts, culture and heritage charities improve communities, wellbeing and isolation – "functions that are particularly important during this crisis". 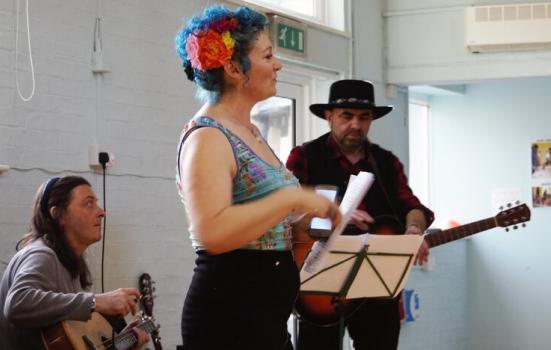 Charities under duress during the coronavirus crisis face a £4bn financial "black hole," a parliamentary committee has heard.

Karl Wilding, CEO of the National Council for Voluntary Organisations (NCVO), told the DCMS Committee on Tuesday the charities sector was likely to lose £4bn in the next quarter, a third of its usual income over a three-month period. Just a quarter of charities have enough reserves to sustain them until mid-June.

The grim projections coincide with new analysis from the Creative Industries Policy and Evidence Centre (PEC) that shows thousands of arts, cultural and heritage charities' mission is to improve communities and wellbeing and address isolation  – "functions that are particularly important during this crisis," the research collective says.

The study was conducted prior to the pandemic but with the Government due to announce additional support for the charities sector next week, PEC says it illustrates "how these organisations are vulnerable and why they will be so important to society’s recovery".

Charities' increasing reliance on mixed income models in recent years and their current inability to hold on-the-ground fundraisers has become a recipe for financial peril: the Government's furloughing scheme doesn't cover organisations that receive public money for their operating costs, so "even if the intent is right, the scheme just doesn't work for vast swathes of the charity sector," Wilding said.

'Yet to be funded'

The coronavirus pandemic has highlighted the volume of 'essential services' delivered by charities and volunteers: "we have been inundated with what I can only describe as cries for help from the charitable sector," DCMS Committe Chair Julian Knight said.

Wilding said many charities deliver services the public depend on even though they aren't pubic service organisations – only one in three are able to furlough staff. "The problem is essentially the furlough means standing down staff at exactly the time when you want them to step up," Wilding said.

"Mothballing staff when demand is increasing is the opposite of what you want to do."

The 30,418 charities analysed by PEC make up 14.6% of all active, registered charities in England and Wales. Nearly 10,000 of those list 'community', 'wellbeing' or 'isolation' as part of their work.

PEC says that "being able to identify missions that have emerged on the ground" via charity work should help policymakers.

Tracking the role that charities play in civil society will enable "greater transparency for causes that have been funded and are yet to be funded," it adds.

A major limitation of PEC's research is that it was unable to separate out arts, culture, heritage and science charities (ACHS), which are classified as one category by the Charity Commission and United Nations.

This makes it difficult to explore sub-categories of charity activity – information like "how many charities promote exercise for the elderly through dance, or the location of community centres promoting integration of refugees through sports" isn't easily discernable.

Such classifications can also be "slow in reflecting societal change", the PEC says.

However its research turns up some interesting trends: for example, there are gender differences among ACHS charities. More than twice as many charities involved with choirs and singing mention men or boys in their mission statements or websites than they do women and girls. The opposite is true for dance, where three times as many charities discuuss working with females.

Older charities were also more likely to cite men and boys as the beneficiaries of their work, while work supporting refugees and LGBTQ+ people was primarily the purview of younger organisations, according to PEC's analysis.