The UK City of Culture year will press ahead with a full calendar of festivals and events from May 15 - two days before the Government's 'no earlier than' date for live shows. 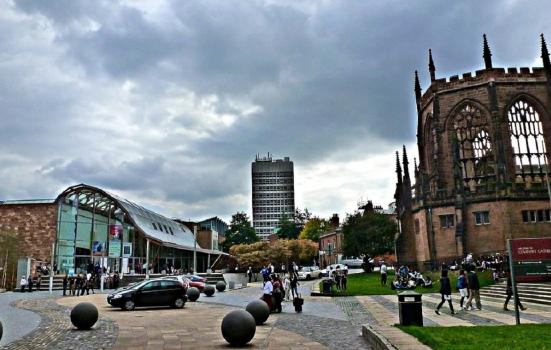 Coventry City of Culture will go ahead regardless of changes to social distancing restrictions
Photo:

Coventry 2021 will press ahead with a full calendar of events starting May 15, two days before the national 'no earlier than' date for in-person cultural activities.

Chenine Bhathena, Creative Director for the UK City of Culture year, said the cultural showcase will go ahead regardless of the Government's timeline.

"We do intend, over the summer, to have live back," Bhathena said.

"Clearly we're working towards being able to bring people back in a socially distanced way."

The year will open with 'Coventy Moves', a city wide event described as "a city wide spectacle that audiences can enjoy from a distance". It will be able to be experienced across the UK and from home, the Coventry 2021 team says.

'Coventry Glides', an ice rink hosted in Coventry Cathedral over the winter holidays, had given the City of Culture team confidence they can hold events safely, she added.

"At all stages of planning the programme, [we have been] just really checking in to make sure we have got a number of plans in place to make sure we can open on May 15."

"What we have planned is able to be viewed and recieved digitally and across the city," Coventry City of Culture Trust Chief Executive Martin Sutherland said.

"At the moment we have no plans to delay or postpone the start date."

While pitching the City of Culture programme as "a return to live", Bhathena said preparations have involved creating new digital content.

"In recent months we have really been looking at how to extend the reach of our live programme using as many channels as possible.

"We don't know when visitors will be able to come but it's really important that before they're able to visit, that they get to know us and know the programme."

The programme focuses on local community and history though events such as 'Can You Hear Me Now?', a collaboration with the Coventry Refugee and Migrant Centre and Stand and Be Counted, the UK's first theatre of sanctuary, and 'The Allesley Silas', a site-specific musical at St John's Academy based on George Eliot's novel Silas Marner.

International connections will also be celebrated with a 'Youthful Cities' exchange programme between Coventry, Nairobi, Detroit, Beirut and Bogota, and 'School of Participation', a residency programme with Creative Europe and four European Cities of Culture that will culminate in a festival celebration.

Fifteen programme events had already been announced prior to this week, bringing the total number of programme activities to 27.

Sutherland said he did not know yet whether Coventry would benefit from the £400m extra cultural recovery funding expected in Wednesday's Budget.

He said the Coventry City of Culture Trust hasn't taken advantage of any of the previous emergency funding but that its partner organisations have, and the trust will encourage them to do so again.

Coventry City Councillors David Welsh and Jim O'Boyle said the Coventry 2021 has attracted - and will continue to attract - investment to the city.

O'Boyle said the city's shopping precinct is getting a £44m upgrade and an £82m new railway station. In total, £350m of public and private money is being invested in future plans for Coventry, refurbishing old buildings and building creativity into "more bright and airy" infrastructure.

"Coventry has gone through some difficult times since the decline of manufacturing but one of the things about City of Culture is that it brings that investment back into the city."

Welsh pointed to plans for a National Collections Centre as evidence this has already begun.

"It's changing the way city centres are viewed. It's culture led - and I think it's the future."

"For me, it's about building confidence in people. I think we have come a long way in that regard and will go a lot further."