Counter-terrorism steps for City of Culture

Coventry City of Culture is spending £1m on bolstering the police while local authorities plan strategies to reduce the risk of an attack in 2021. 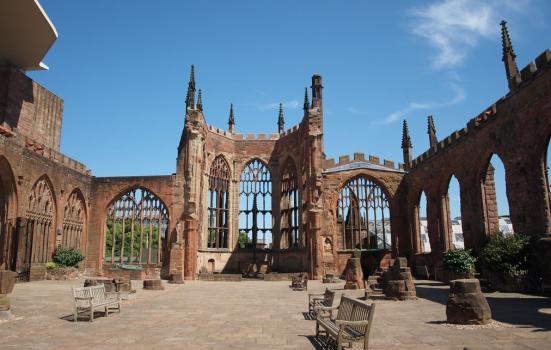 Coventry City of Culture Trust has committed £1m to bolstering local police ahead of celebrations in 2021 amid heightened fears of terrorism.

An estimated 2.5m additional visitors are expected in 2021, so “like any other city we are working together with partners to ensure that we have considered and mitigated all kinds of different risks,” O’Hara added.

“This does not mean there is an enhanced or direct threat; it just means we are doing the sensible thing and planning for many different eventualities.”

Coventry City Council documents show the authority plans to implement a city-wide CCTV strategy, deliver counter-terrorism training to the business community, and develop “a phased plan around HVM (hostile vehicle mitigation) infrastructure” such as bollards to prevent cars ramming into crowds, to reduce the risk of an attack in 2021.

Craig Hickin, Chair of City Tasking on the Coventry Police and Crime Board, told a December city council meeting that “prevention should be at the forefront of our minds after what happened at the London Bridge”, according to a local media report.

Hickin added: “We are acutely aware that, as the City of Culture, it might well be that Coventry becomes an increased target because of national attention that will be on Coventry.”

Martin Sutherland, Chief Executive of the Coventry City of Culture Trust, said it has committed £1m from its main budget because “we see the very real benefits of working in this way” with police.

He said police will work out of the trust’s office: “[this] means we can talk about the scale of events we are looking to deliver and can form an immediate view on the practicalities of policing and security.

“This is an innovative partnership with the police that means we can plan and deliver events with policing and security input from the outset.”