Craft NI is now the sole representative body for artists, designers and makers. 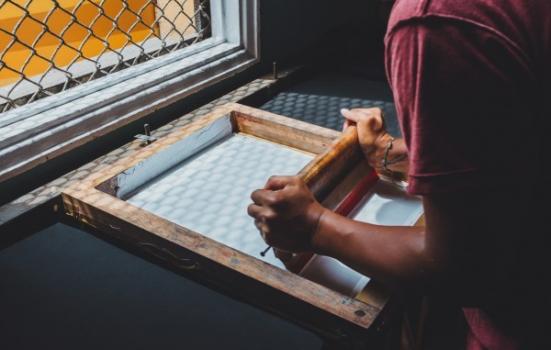 Artists, designers and makers in Northern Ireland are now represented by a single body following the merger of two ‘cornerstones’ of the craft sector.

The Craft & Design Collective and Craft Northern Ireland have been working in partnership for six months and have now formed Craft NI, which aims to strengthen the input of those working in craft on a national and international level.

The Arts Council of Northern Ireland’s Head of Visual Arts, Suzanne Lyle, described the merger as a “smart solution” for two organisations contributing valuable services to the development of craft in the country.

“Sustainability is an all-important issue within the arts in Northern Ireland today as pressures on public funding prevail. So this is good news for designers, artists and makers working in craft,” she said.

Although the merger completed on 1 October, a six-month transition period will allow current commitments to be delivered and working cultures to be brought together. A new programme of activities and events will be developed for 2018/19.

Speaking about the development, Martin Bradley, the former Chair of Craft Northern Ireland, said: “There are significant economies of scale to be gained from the merger, particularly at a time when financial pressures are being felt by all.

“I’m happy to say the Boards of both organisations were in agreement that our artist/designer/makers will gain from this merger and will benefit from the pooling of the wealth of professional expertise that lies within both organisations.”

Former Chair of the Craft & Design Collective Rory Shearer echoed these comments, saying he was “thrilled” to combine the cumulative knowledge, ambition and experience of both organisations. “We are particularly excited about the potential for delighting a much broader audience with some amazing work from our many, very talented, makers,” he added.