The Labour leader’s new arts policy is based on figures that are not borne out by arts council accounts. 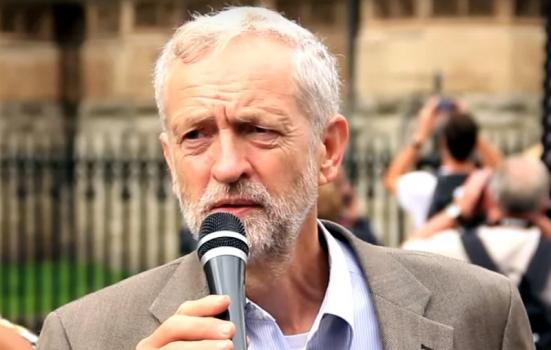 YouTube/RevolutionBahrainMC (CC BY 3.0), via Wikimedia Commons

Claims by the Labour leader that public funding for the arts has fallen by £42.8m since 2010/11 bear no resemblance to actual government arts expenditure. According to Jeremy Corbyn, this is the amount that has been cut from Britain’s arts councils over the past six years, but the annual accounts of Arts Council England (ACE), the Arts Council of Wales (ACW) and Creative Scotland tell a different story.

In Edinburgh last week Corbyn set out a new Labour Arts Policy under his leadership, making a clear commitment to the importance of culture. It says: “At the heart of our plan to rebuild and transform Britain, we place a vision for a well-funded, independent, dynamic arts sector.”

Among the policy pledges is a commitment to “Reinstating and expanding funding for the arts in Britain”. This would include restoring “Grant in Aid funding of the Arts Councils.” The policy states that the cost of restoring the cuts made to arts funding since 2010/11 would be £42.8m nationally.

This figure, widely quoted in the media, is arrived at by combining supposed cuts to Grant in Aid (GiA) and “Art Expenditure” in England, Wales and Scotland over the past five years, even though arts funding decisions outside England are devolved to the Welsh and Scottish governments and are not under the control of Westminster.

AP asked ACE, ACW and Creative Scotland about the source of this figure, but none were able to shed any light on it. ACE told AP: “We have not been approached by [Corbybn’s] team regarding the statistics they used so could only speculate on where they got these figures from.”

The Arts Council of Wales told AP: “I’m afraid we can’t explain the figures in the Corbyn Arts Policy document, and have not been approached directly to provide or verify anything for the Policy. Apart from our own accounts the only detailed figures in the public domain would be our Welsh Government Remit Letters, but the figures don’t tie in with those, either.”

But the annual accounts of the arts councils in the three countries reveal different figures that bear no relation to these amounts. They show that total GiA during this period has:

The policy also lists cuts to “Art Expenditure” at each of the three arts councils, worth a further total of £27m. But their annual accounts offer no hint as to what this might include, as none of them classify their government funding in this way.

A Creative Scotland spokesperson said: “I recommend you contact the Labour party for clarification on how they arrived at these figures.”

AP has contacted the Jeremy for Labour campaign for an explanation of the figures, and tried to establish the whether the arts policy will be adopted as official Labour Party policy in the event that Jeremy Corbyn wins the leadership battle. No reply had been received at the time of publication.

What will this new policy do for Labour’s reputation as a supporter of the arts? Read the Editor’s view.

I haven't number-crunched these figures but - coming from the heritage side - I know that heritage funding has been cut year-on-year for over a decade - far more than the arts side. But the saving grace (or only way to survive) is the lottery. And of course English Heritage/Historic England and the Heritage Lottery Fund are two distinct bodies, unlike ACE which receives GiA and the arts lottery take. So that blurs the distinction, especially as lottery receipts go up as austerity and despair increase. There's also the fact that local authority arts spending has been savagely slashed. So all in all I think this attempt to find yet another way to attack Corbyn could be more subtly done.

Turning back the clock?