Having promoted singing and brass instruments as safe last summer, the Government now believes they are more likely to spread Covid-19. So why can they happen at a pub but not a park? 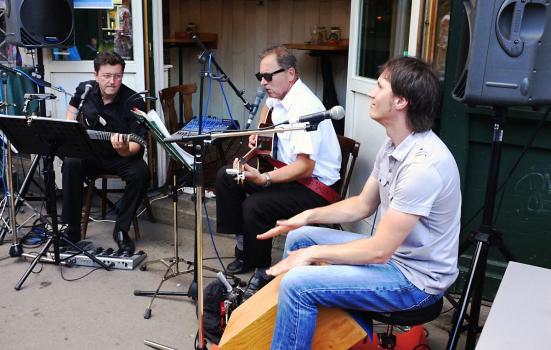 DCMS appears to have reassessed the safety of singing and some musical instruments, leading to a longer wait for amateur groups to resume.

Having claimed "singing is no more risky than talking" last summer, ArtsProfessional understands the department now considers these activities are more likely to spread Covid-19.

It has not communicated this to amateur performance groups, who are frustrated and disappointed not to be able to resume full in-person rehearsals until at least May 17.

Under the current step of the Government's roadmap to reopening, non-professional performances can only take place outdoors with six people or two households.

But outdoor events of less than 4000 people, including village fetes, funfairs, flower shows and food and drink festivals are allowed provided they "don't involve attendees converging" for a performance.

While spectators are not allowed at professional sporting events, people can congregate to view recreational sport as long as they remain in their groups of six.

Barbara Eifler, Chief Executive of Making Music, wrote to Culture Secretary Oliver Dowden to say the ongoing ban was "not easily understood" by the 14,000 amateur choirs, orchestras, bands and ensembles in the UK.

"Choirs are not a contact sport, neither are orchestras or brass bands, so it's really unfair," Eifler told ArtsProfessional.

"The Government is really concerned about the economy going well, which is why they're focussed on professional groups."

DCMS commented: "We understand that people are keen to get back to singing together. Rules on non-professional performance are in line to be eased at step three in the roadmap at the same time as wider performing arts reopens."

Amateur music groups were initially barred from meeting last summer, but were allowed to practice and perform together after research indicated they presented a low risk of transmitting the coronavirus.

While one study of brass instruments found fewer potentially infectious aerosols were transmitted by playing than simply breathing, a separate University of Bristol study showed singing loudly produced up to three times as many aerosols as speaking.

Both studies indicated that volume and individual performance styles were likely to be bigger factors in spreading the virus than the specific art form.

DCMS and Culture Secretary Dowden inaccurately promoted the latter study as showing "there are no heightened risks associated with singing".

"This means people can get back to performing," he said at the time. The Government approved indoor performances to briefly resume in England that same month.

Guidance published in November now accurately reflects this research. DCMS did not answer questions about its change in approach.

Eifler says an "unwarranted distinction" has been drawn between professional and amateur arts activities.

98% of amateur music groups employ a professional and, despite the inherent risk of gathering, reported no incidents during the autumn when they were able to.

"We have lived with that distinction during lockdown because no one wants to see people die," Eifler said.

"It's all about the contiguous arrangements that are needed to make that safe.

"We have gone above and beyond and been rigorously applying these [mitigations]."

Amateur music makers can perform at a pub but not in a park.

Step two of the reopening roadmap contains exceptions for non-professional performance that illogically distinguishes events that are intended to attract viewers from those where viewers are present.

While dedicated music venues are unable to reopen, "ancillary" live music is allowed at outdoor hospitality venues - provided those venues do not "admit an audience" or charge for tickets.

"It's about mental health and wellbeing and while for some people that's going to the gym or a pub, for others it's their choir."

It's estimated 750,000 people are part of recreational music groups, representing a wide variety of small and "very well organised" entities, she added.

"In central London it would be difficult to have a group of 50 people rehearsing and not have people stop [to watch], but in a park in Northumberland it's perfectly possible."