The charity says the network was not helping it achieve the “best possible return” on investment, and future plans will instead focus on training and development for museum professionals. 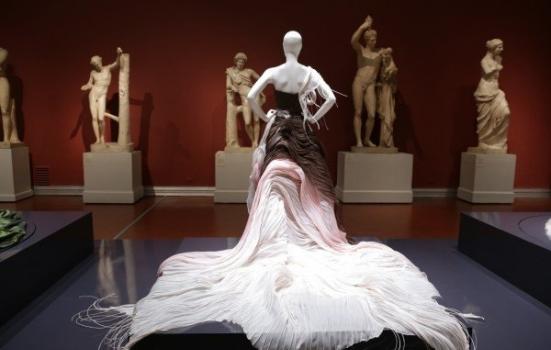 The Art Fund has announced it will be closing down its network of hundreds of volunteers who had spent decades raising significant sums for the organisation.

The charity says its group of regional networks – comprising around 500 volunteers, estimated to raise between £300k and £350k every year – will be disbanded at the end of 2020.

It says it took the decision to ensure the “best possible return” on the charity’s investment, and hopes its current volunteers will in future work more directly with museums to help “inspire people to go to museums more”.

The Art Fund, which makes grants to UK museums – often to support acquisitions – has overseen a network of 57 volunteer committees across the country since the 1960s. The groups organised lectures, country house visits and other events to raise money for the charity.

A spokesperson for the Art Fund told AP there were a “huge number” of reasons why trustees took the decision to disband the groups, as part of its vision to develop a way of working which “more directly serves museums”.

While praising the quality and dedication of the volunteers, the spokesperson said re-recruiting committee chairs and making the network of volunteers compliant with GDPR had proved challenging.

They added that while volunteers raised around £350k per year, this amounted to a net annual contribution of £100k to the Art Fund when other costs, such as producing brochures and managing the digital infrastructure, were taken into account. The charity makes around £7m worth of grants a year and hopes to increase the level to £10m by 2020.

In future, the charity will instead invest more heavily in training and professional development for museum curators, but says it will give any groups that want to raise funds “as much guidance as possible”.

Some observers have expressed concern that disbanding the regional committees will have “incalculable” negative effects on rural areas and that without them, it will be more likely that the fund will become “London-centric”. Others have wondered whether the charity was in fact closing its network, largely populated by older people, in order to attract younger members.

Social enterprise Cause4 said it was “scratching [its] head” regarding the Art Fund’s decision – particularly as the highest rates of volunteering are among 65-74-year-olds, and 40% of the English population is expected to be 60 or over by 2029.

“Ultimately Cause4 hopes that the volunteers affected by the decision of Art Fund are able to find new opportunities or charities to support continuing their valuable and essential support,” they added.

The Art Fund spokesperson said there was “no truth” to claims the decision was motivated by an ambition to attract younger members, and that from a fundraising perspective it wouldn’t make sense to not encourage “everyone and anyone” to engage with museums.

They added that 80% of the organisation’s grants are to museums outside London.

Some UK arts organisations have used the Covid crisis to "dramatically increase" income from donations, but the overall picture remains...