ACAVA’s new Chief Executive expressed regret about causing distress to studio holders, linking the hike to a “critical cash flow crisis” that had brought the organisation to the edge of “almost certain bankruptcy”. 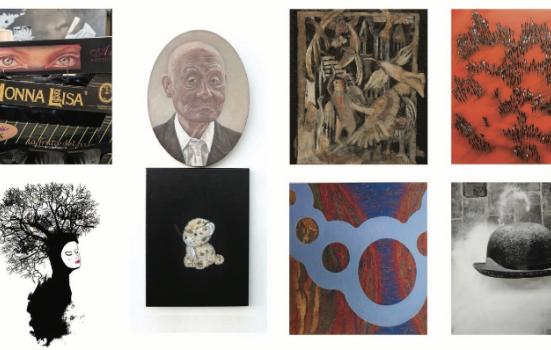 London artist studio provider ACAVA, the Association for Cultural Advancement through Visual Art, has been accused of abandoning its “affordable” ethos and causing artists “shock and anxiety” after releasing plans to ramp up the price of studio rent and membership from April.

The organisation has told its more than 600 artist members by email that it has no choice but to increase studio prices by an average of 25% – which could be as much as £100 a month for some artists – as well as increasing membership fees and introducing new administration charges to address an “urgent” financial risk.

But in conversation with AP, Holley explained the organisation had been in “complete and utter turmoil financially and operationally,” and at risk of “almost certain bankruptcy” because of a delay to the sale of one of its properties – a strategy that had been used to absorb losses from falling licence income in recent years.

163 artists at 18 studios sent a letter to Powell earlier this month requesting clarity on the decision, asking for details on the amount expected to be raised by the changes and ACAVA’s consideration of other revenue-raising activities. It also expressed concern about the “unreasonable” notice period for price increases and highlighted the financial difficulties for artists and the benefits of affordable studio organisations on education, community outreach and regeneration.

One long-term studio holder, who did not wish to be named, told AP the letter outlining the fee increase came just after the new year, prompting a reaction of “bewilderment, shock and anxiety”.

“Hearing the news was like being punched in the stomach. As a communication it was quite blunt and unexpected – this was the first thing we’d heard from the new CEO,” they said, adding that 25% is “an incredibly high figure”.

They continued: “The problem is it’s not like we can just increase production or find a sublet to pay for the increase – not everyone can just do that overnight.

“A studio is such an important thing to an artist. You can’t be who you are without the space to work in, so losing a studio would be a bit like an amputation.”

Another artist, Anya Charikov-Mickleburgh, explained that her income from teaching just about covers her studio fees, and most of the rest of her income was split between the cost of art materials, promotional printed leaflets, site visits and transportation costs. “If this 25% increase [goes ahead] – I am not talking about a ‘fiver’, but a considerable sum of £780 annual increase in my case – it will have a devastating effect financially to survive as an artist and like many others I might have to give up my studio,” she said.

The comments chime with conclusions from a recently-published report into artists’ income, which found that the vast majority earn less than £5k per year from their art and that only one in five artists think their work / art balance is correct.

Both artists said they had requested more information from ACAVA. “We’re not necessarily opposing the increase, but most of us can’t afford it,” the long-term studio holder said. “And a lack of communication leaves a gap for people’s imagination about why this is happening.”

Speaking to AP, Holley said he would have liked to have consulted with studio tenants, but that the immediacy of the financial challenges prevented him from doing so. He explained that income from studio licence fees had not been meeting operations costs for some years – noting ACAVA lost 122 studios between 2012 and 2018 – and that the organisation had chosen to absorb costs in recent years by selling properties. He said this strategy made it look as if ACAVA had been stable and successful, and allowed the organisation to keep licence fees low, but was entirely unsustainable and was covering up serious financial issues.

But he said the crucial issue was a “hellish” scenario in December, when it came to light that one of the properties scheduled to be sold in the 2018-19 financial year, and intended to give Holley a period of economic stability to work on a new commercial strategy, had been delayed by legal proceedings and would not produce necessary income until the following financial year.

Holley added that the organisation’s reliance on licence fees as its sole income stream meant the only way to “account for an immediate deficit position” and a “critical cash flow crisis” was to increase fees. He said that if the organisation didn’t do so, “600 artists will lose their studios, we can’t pay landlords, bills…we’d be screwed”.

ACAVA’s accounts for 2017-18, the most recent available, reveal that total income (£1.8m) and expenditure (£1.6m) were the highest they had been for at least seven years, and that the charity ended the year with the highest surplus it had had in that time period: just under £200k.

But the accounts also support Holley’s comments about dependence on the sale of assets to absorb losses.

Holley agreed the wording of the letter communicating the price increase may have been wrong and expressed regret that some artists were caused distress.

He told AP that ACAVA had tried to manage expectations by setting out the 25% figure, with the charity deciding this would be more useful for tenants than simply saying there would be a “significant” increase.

He also set out his hope that ACAVA “can recover the relationship with the artists and we will work very hard over the year to do so”.

“I admit it may have been a wrong decision and caused some artists distress” he said. “We had a limited amount of time to consider. But we thought let’s get the worst of this out now – get the pain out upfront. We could maybe have softened it, but we thought it was necessary to say that this was going to be a big step.”

The new Chief Executive also stressed that 25% is an average increase across all studios, with ACAVA’s calculations indicating “that very few studios would reach, or exceed, this figure but some will”. Two studios – Lombard Road and Vale Grove – will receive no additional increase, with both having seen licence fee increases in 2017, and Vale Grove already expecting small annual increases until 2021.

Holley said the exact figures would be released very soon – possibly before the end of February. He is concerned that price increases could force some tenants to leave, which would further reduce ACAVA’s income, but is confident that the studios will remain competitively priced compared to other providers on a similar scale.

He agreed that the price increase is probably against the organisation’s “affordable ethos”, but questioned what affordable means in practice, given that it is defined as a percentage of market rate. “One local authority may set this at 50%, another at 75%. Some of these flats go for £2m and the affordable rate is 80% -- no one can afford that.”

A second letter, sent on behalf of the same 163 artists, requests further information from Holley about whether the charity’s previous surplus could be used to allow incremental fee increases.

The artists also ask for an exact breakdown of fees per building and express concern that a new business model could involve a repurposing of ACAVA’s studio provision and activities as “creative industries spaces”, which is “very different” in terms of affordability.

“Some London studio charities in setting their fees appear to rely on incomes from the latter [creative industries] and have as a consequence made their provision unaffordable for many artists.

“ACAVA has hitherto been one of, if not the, best deal for studio space in London. In that respect it has had no serious competition,” they write.

“We feel any new attempt to 'compete' with creative industries providers will be ruinous both for artists and ACAVA itself.”

This theme emerged in recent research on artist workspace by London Mayor Sadiq Khan. This found that while there was a net increase in the number of artist workspace sites between 2014 and 2017, 44% of the 239 identified workspaces catered for tenants other than artists.

It also found rising rents and insecure short-term leases are making studios more expensive across the capital, and that the threat of closure remains constant: one quarter of sites are identified as at risk of shutting down in the next five years.

Holley said similar factors affected ACAVA, with changes to the law governing land and property development since 2014 having had a “dramatic negative effect” on the availability of buildings for use as studios. Legislation introduced in 2017 permitting the use of brownfield land for development had created “unprecedented opportunities” for property developers, he said, leading to the inflation of rents on existing buildings, with “some landlords demanding 40% increases”.

Such challenges mean the workspace model “may well be bust permanently unless there’s some intervention from Arts Council England or the Mayor’s office”, he said.