The new qualification will be available from 2022/23, offering students who do not want to take A Levels a choice between pathways in craft, production and cultural heritage. 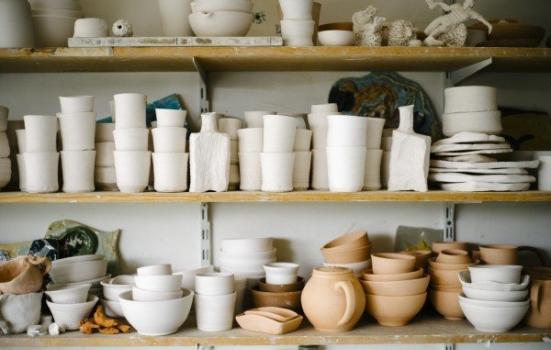 More details have been revealed about the content of the new Creative and Design T Level, one of a series of qualifications planned by the Government to improve technical education in the UK.

This T Level, which is the most relevant to the arts sector, will be split into three distinct ‘pathways’, focusing on craft, production and cultural heritage. Its content will be shaped by boards of industry experts before the exact framework is decided by examination bodies.

It is expected that students who wish to choose an alternative to A Levels will be able to start the new courses from September 2022.

But serious questions remain about the future of existing generalised educational awards, which will be phased out to make space for the T Levels, and the logistical challenges of implementing industry placements in a sector where micro-businesses with limited finances are the norm.

Speaking to AP, Sara Whybrew of Creative and Cultural Skills (CC Skills), said the principle behind the introduction of T Levels and the wider technical education reform is “really positive”.

But she said the requirement for every T Level student to undergo a 45- to 60-day industry placement could place a serious strain on the creative sector, which is populated by small organisations that work on a project basis, with limited opportunities for consistent on-the-job learning. The Government has not yet made clear whether there will be financial support for organisations taking students on placements.

“If one college is delivering all three creative and design T Level pathways – or even just one, which would not be a very big offering compared to current arts and design courses – with around 20 students, it would have to find 20 placements each at 45 – 60 days,” said Whybrew.

“Even in built-up areas like Cambridge there are only a handful of theatre venues that might be able to support the Media, Broadcast and Production T Level, so if all learners want to focus on theatre production it could be challenging. Maybe these organisations could only accommodate one placement at a time – so the college would have to look further afield for other companies.”

She said this may lead to colleges arranging placements with organisations outside of the local area, which would mean high travel costs and potential issues with safeguarding under-18s.

“Colleges are all going to want to offer the qualifications, but I fail to see how they are going to offer meaningful or quality industry placements,” she added.

She also noted that specialised arts institutions have previously valued generalised qualifications offered by many training providers, such as the Art and Design Foundation Diploma.

These qualifications are set to be phased out, raising questions about whether higher education institutions’ needs will be met by the new T Levels, and whether the qualifications will be attractive to students who previously chose to take general applied courses.

Cassie Chadderton, Head of UK Theatre, echoed Whybrew’s comments. “UK Theatre and SOLT members know that the industry needs to invest in its workforce now if it is to continue to thrive and become more representative of the population. A major part of this is to make young people aware of the broad range of non-performance theatre industry roles,” she told AP.

“T Levels could be great way to help achieve this, though we do have concerns about how placements will work in practice – for example around health and safety and working hours.

“We have been working with government departments and colleagues across the creative industries to ensure our sector’s voice is heard, and with theatre employers to ensure the value of the qualification is understood.”

The T Levels are being developed by dedicated industry panels, including representatives from the University of the Arts, London, Cast in Doncaster, and the British Council.

Awarding bodies will later be contracted to create each of the three creative T levels using the content outlined by the panel. Whichever awarding bodies are chosen to deliver the creative awards, Whybrew hopes they will have relevant expertise and connections to industry.

She questioned the likelihood that T Level teachers, particularly those for the Cultural Heritage and Visitor Attraction pathway, will have direct professional experience in the cultural heritage sector. This direct link to industry, she said, was key for a strong technical education system and she urged employers in the sector to “get behind” the initiatives and help to develop the T Level courses and potentially teach them.

Education Minister Damian Hinds has announced that the number of T Level courses will swell to 25, with the recent addition of new courses on science and health. Several colleges will offer the first three T levels from 2020.

Two of the newest T Levels centre on design – Digital Production and Design; and Design, Surveying and Planning.

But exam results over the past few years have found entries into GCSE Design and Technology are down 37,000 (24%) in just one year. Former Conservative Education Secretary Lord Baker said this summer that the huge decline in creative subjects such as Design and Technology was the result of the “narrow academic curriculum” of the EBacc and Progress 8 performance measures.

Whybrew is not convinced that T Levels can work while the EBacc exists in its current form: “It’s hard to see how you could do EBacc and progress into particular technical training routes, such as agriculture. And it’s hard to see how EBacc can help people take the decision to move into the Creative and Design route,” she said.

“What is going to inspire a 16-year-old to pursue a Cultural Heritage and Visitor Attractions T Level through the current education system, other than careers advice? The Government-backed careers advice is geared towards STEM – The Government’s Careers Strategy has an emphasis on STEM – which is part of the reason we, in partnership with ScreenSkills and the Creative Industries Federation, are driving the Creative Careers Programme,” she added.