Urgent letters to the Chancellor of the Exchequer are already highlighting the plight of arts workers and businesses falling through the financial safety nets in place for employed and self-employed workers. 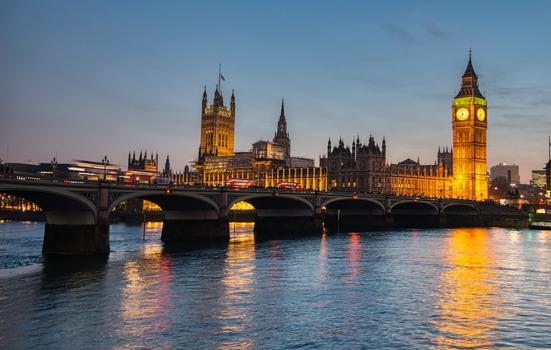 Cross-party MPs will hear the concerns of the sector
Photo:

As concerns grow for the arts sector workers who are falling through the net of Covid-19 emergency support measures, the DCMS Committee has announced a call for evidence to help understand the effectiveness of those measures in limiting the economic and social impact of the coronavirus.

An Inquiry into the Impact of Covid-19 on DCMS Sectors will be examining the support schemes that have been introduced and assess the immediate and long-term effects of these in areas including culture and the creative industries, civil society, heritage and publishing.

MPs will be questioning Ministers about the effectiveness of Government action to date and what further support is needed now.

As well as inviting comments on the current challenges, the Committee is encouraging suggestions on how the sector might change after the crisis and how DCMS can support innovations that address future challenges.

The central questions to be addressed by the inquiry are:

Written submissions from organisations and arms-length bodies can be made until 1st May, though that deadline is “flexible and open-ended” and notice of the inquiry closing will be given in advance on the Committee website. Organisations are encouraged to submit more than one piece of evidence if further information becomes available as the inquiry progresses.

Falling through the net

The announcement of the inquiry coincides with growing concerns that many freelance workers and businesses in the cultural sector are falling through the Government’s financial support net.

Campaigners from a number of organisations have been pinpointing key gaps in the emergency funding that are leaving them vulnerable:

Dr Susan Jones, a researcher specialising in the livelihoods of visual artists, says there are strong grounds for the 77% of them who have self-employed status to be treated as an exceptional case. She explained: “Artists commonly have low-income portfolio careers, supplementing earnings from self-employment by working for several employers – often on zero hours contracts. Many will fall foul of the government’s special measures to aid the self-employed as these don’t apply to any applicant earning less than half of their annual income from self-employment.”

Letters to the Chancellor

The Incorporated Society of Musicians (ISM) has already written to the Chancellor of the Exchequer seeking amendments to the Government’s financial measures to support UK workers. As well as highlighting the problems facing sole traders, the letter calls for a review of the furloughing of employed staff. The restrictions of the scheme are putting a strain on organisations in the music and wider arts sector who are struggling to function without a sufficient workforce: “Other countries, such as Canada (Emergency Wage Subsidy) and Australia (Job Keeper Payment), have put schemes in place which allow furloughed employees to continue working – even if it is just on a volunteer basis – so businesses can survive during and beyond the Covid-19 crisis.”

The letter also calls for the Government to remind employers that casual hourly paid employees fall within the Coronavirus Job Retention Scheme. The ISM has been told of members who are employed on that basis not being furloughed, despite being employed under PAYE and their employer ceasing to operate normally because of Covid-19.

These concerns are now starting to be heard in parliament. Mel Stride MP, Chair of the Treasury Committee, has also written to the Chancellor, urging him to set out the actions he will take to help those who aren’t eligible for HM Treasury’s support measures: “Whether it’s those who started a job after 28 February and who therefore have real difficulty qualifying for the Job Retention Scheme, those who draw down some of their income through dividends, or the time it will take for payments to reach individuals and businesses, it’s clear that urgent action is needed.”

The situation for cultural organisations with commissioning contracts delivering community work has looked more positive since the announcement on Wednesday of an extra £750m of Government support. £370m – a combination of Government and lottery funding – is earmarked for small and medium-sized charities at the heart of local communities.

But charity support organisation DSC has warned this could divert money away from activity that isn’t directly related to the current emergency and won’t be enough to prevent thousands of vital services across the country from closing down at short notice. Its statement says: “Sunak had already outlined financial support of up to £330 billion for businesses affected by the pandemic. In response, he produced a financial package [for charities] amounting to less than 1% of that amount – worse, it’s not even clear the extent to which this funding has been cannibalised from existing central government budgets that might already be funding critically important services.”

The National Council for Voluntary Organisations has calculated that the charity sector is facing a funding black hole of at least £4 billion over the next three months, as fundraising and trading revenues have dried up almost overnight.