Colston Hall plans to be carbon neutral by 2030

The concert venue is the first in the UK to commit to the target, which it describes as “ambitious but absolutely realistic”. 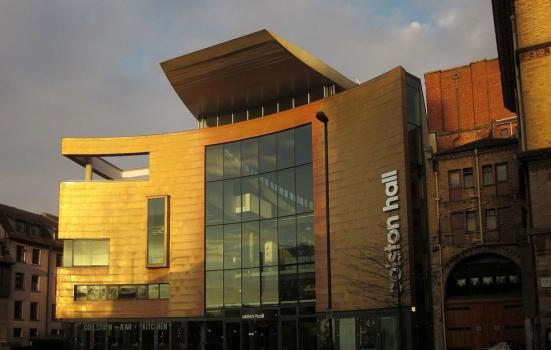 Colston Hall has become the first UK concert hall to commit to becoming carbon neutral by 2030, outpacing the rate of change being aimed for by many other major arts organisations.

Bristol Music Trust (BMT), which manages the venue, says the target is “ambitious but absolutely realistic”.

Chief Executive Louise Mitchell said the current major redevelopment of the hall, due to be completed in 2021, puts it in “a prime position to put our environmental and sustainability targets centre stage”.

The trust will begin workshops with contractor Wilmott Dixon to create a comprehensive delivery plan based on UN guidelines by autumn 2020.

“We have been at the heart of Bristol’s arts and culture scene for over 150 years and we take our commitment to the Bristol community and our role in the city very seriously,” said Mitchell.

“This extends beyond the delivery of our performance and education programmes with our responsibility to make a difference and lead the way in how our sector can reduce our environmental impact.”

The Grade-II listed building already has solar power, water-efficient bathrooms, natural ventilation and movement-sensitive lighting in areas that are used infrequently. All bottles, paper and cardboard are recycled, and non-recyclables are incinerated and “turned into energy”, according to information on Colston Hall’s website.

The neutrality plan will involve “a carbon off-setting strategy to realise the ambitions once plans to reduce waste and use renewable energy reach their limits”, although it is not yet known how large a role this will play in reducing Colston Hall’s carbon footprint.

After the renovations, the hall plans to send zero waste to landfill, use 87% less power and produce 11 tonnes less carbon dioxide – the equivalent of the emissions produced by consuming 1,238 gallons of petrol.

The hall still needs to fundraise about £7.3m of its overall £48.8m target for the redevelopment.

The environmental goals set by Julie’s Bicycle for other organisations are less dramatic. One four-year, opt-in programme involving 30 ACE National Portfolio Organisations (NPOs) aims to reduce their collective carbon emissions by 10-20%. A recent YouGov survey of 502 UK businesses found nearly half plan to become carbon neutral by 2030, with 8% reporting they have already achieved this.

Data provided to Julie’s Bicycle by 136 arts organisations shows a 35% reduction in carbon emissions over the five years to 2017/18 – the equivalent of 30 households’ annual electricity usage for each of those organisations.

Asked whether other NPOs should aim to be carbon neutral by 2030, Julie’s Bicycle’s ACE Programme Lead Claire Buckley said it was a “great” target, but noted that “‘carbon neutral’ is different to ‘zero carbon’”. Being carbon neutral includes off-setting – funding external projects that reduce greenhouse gas emissions to compensate for an organisation’s own emissions.

Buckley said that organisations involved in programmes she manages do not use carbon off-setting, instead aiming for an 80% reduction in real emissions by 2050 in line with the Paris Agreement.