New research finds that media representation of women in the creative industries is rising, but warns this could make the sector seem “more balanced than it really is”. 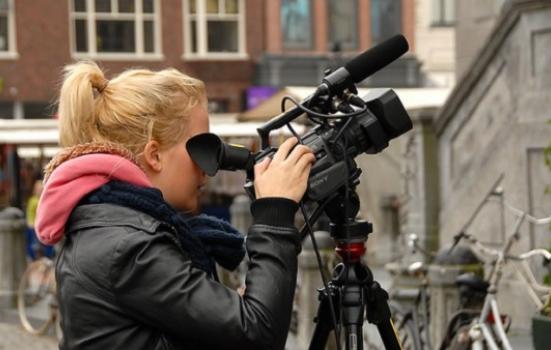 The proportion of women working in the creative industries has barely shifted as coverage of them grows, new research says
Photo:

Words like ‘cries’, ‘giggles’ and ‘coos’ are more likely to be used to refer to women than men in media coverage of the creative industries, new research suggests.

A report from the Creative Industries Policy and Evidence Centre (PEC) and Nesta finds that words describing certain sounds and non-verbal reactions were used between 5 and 10 percentage points more after ‘she’ than for ‘he’.

Other words in the group included ‘smiles’, ‘grins’ and ‘nods’.

The authors say these words “were never used frequently, but when they were used, they were more likely than other words to be referring to women than men. While the focus on women’s appearance is well documented, these other gender-based differences in descriptions are less observed”.

In contrast, words that imply achievements and leadership roles, such as ‘directed’, ‘founded’ and ‘managed’, were more likely to follow ‘he’.

The researchers analysed more than half a million fashion, stage, media, books and games-related articles from The Guardian published between 2000 and 2018. The report says this is the only major UK newspaper with open data, “the key ingredient to enabling more in-depth analysis of diversity”.

The research coincides with the launch of an All-Party Parliamentary Group (APPG) to address obstacles to diversity in the creative industries. Eliza Easton, Head of PEC’s Policy Unit, said its insights can help guide policy and industry practice by giving “a sense of experience that goes beyond numbers”.

“We want to bring that base line of data and evidence but then hand that over and make real change.”

“Open your data up to scrutiny”

Easton added that creative employers should share more data openly if they want to address shortcomings in gender diversity.

The report says the proportion of women working in the UK’s creative industries has grown just 1% to reach 37% in the past six years, according to DCMS employment data.

“It can be a frightening thing [for employers] to open your data up to scrutiny but it’s a really good way to see what’s going on,” Easton says.

“We have advocated for that for a really long time but the APPG is a really powerful way to do that.”

Despite little change in the gender balance of the sector, the report found that media coverage of women in the creative industries has risen sharply.

Between 2010 and 2013, female pronouns were consistently less than a third of all gendered pronouns used in The Guardian’s articles about the creative industries. But by 2018, 40% of pronouns used were female.

The change was most pronounced in articles about music, where references to women have grown from 16% to 42% since 2000, and least noticeable in reporting on the male-dominated technology sector (a rise from 16% to 26%). Gains in the music and stage sections of The Guardian were concentrated in the past two years, while the gender gap in film and books coverage has gradually narrowed since 2012.

But the researchers caution that the more equal representation of women may have two effects: “It may encourage more women to enter, but it may also give the impression that the creative industries are more balanced than is really the case.”

Me Too moves the focus

The word “alleged” became 90 per cent more likely to follow ‘she’ than ‘he’ after October 2017, when the Me Too movement rose to prominence.

Similarly, the words ‘raped’, ‘sexually’ and ‘unequivocally’ – “as in he ‘unequivocally’ denies” – became more closely associated with men in articles about the creative industries, the report says.

“The increase in space given to women's voices is also visible,” it notes.

“'Speaks' becomes significantly more likely to follow 'she' rather than 'he', as do several synonyms such as 'considers', 'muses', and 'explains'.”

There is “tentative evidence” that coverage of some creative pursuits has become more gender neutral in recent years, the report says, and some indication that diverse genders are being more frequently recognised.

Words like ‘wrote’, ‘produced’ and ‘directed’ are no longer significantly more likely to follow male pronouns. And ‘plays’, regarding on-stage or film roles, has become more likely to be used to refer to women, PEC and Nesta found.

The report says it was not possible to analyse mentions of non-binary and non-gendered pronouns such as ‘they’, ‘them’, and ‘theirs’, because these are also used as plural pronouns. But the use of these has remained more or less constant, constituting 25% to 29% of third-person pronouns since 2000.

Friday, 21 February 2020
A refurbished and expanded Northampton Museum and Art Gallery will reopen to the public on 20 June. The museum has doubled in size and now includes a temporary exhibitions gallery, schools activity... read more