A meeting of the Countries of Culture inquiry this week heard about the challenges facing regional arts organisations following local authority cuts. 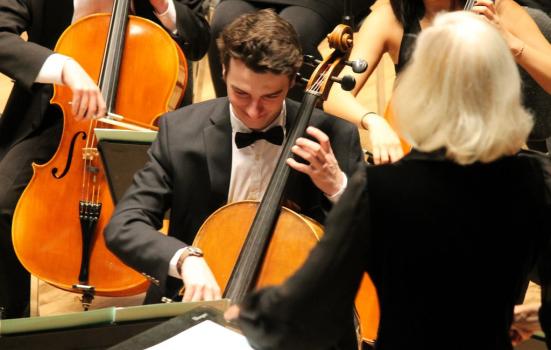 At a meeting this week, Mark Pemberton, Director of the Association of British Orchestras said he was “disturbed” by the lack of diversity of young people entering employment as musicians.

“It is looking like it is becoming more and more a middle class and advantaged profession,” he told the committee.

The committee, which is examining access to arts funding throughout the UK as part of its Countries of Culture inquiry, also heard about the devastating effects of local authority arts cuts and the difficulties facing regional arts organisations trying to raise money from corporate sponsorship.

Pemberton’s concerns were echoed by George Vass, Chair of British Arts Festival Association (BAFA), who told the MPs: “I see classical musicians coming through and they’re pretty much all middle class.”

He added: “There’s a whole raft of people that we’re just missing completely and it’s a great shame.”

The falling support for local authority music services and the sidelining of music in schools, which are focusing on EBacc subjects, were pointed to as reasons for the falling diversity by the witnesses, who also included Angus MacKechnie of the Independent Street Arts Network (ISAN), Harriet Finney of the Creative Industries Federation (CIF), Polly Hamilton of the Cultural and Leisure Officers Association, and Andrew Lowrie of the Little Theatre Guild.

Hamilton said: “The issue is about access, particularly for those who don’t have either wealthy parents or parents who are engaged enough to encourage participation.” She discussed the difficulty of getting children to music lessons and youth orchestras, particularly in areas where local transport provision has been reduced.

Finney warned that it’s not just music provision “all arts and creative subjects are suffering”. She told MPs this would lead to fewer young people being equipped for jobs in the growing creative industries, and fewer adults participating in arts and culture.

The witnesses warned that local authority arts services are being stripped back as authorities deal with cuts to their central grants. “Local authority funding has pretty much all but gone,” said Vass.

Finney agreed that there has been a “massive drop off in arts officers,” but said that local authority funding is “incredibly patchy”. “There are some examples of incredibly good, innovative practice,” she said.

Vass continued that local authority cuts were putting more pressure on trusts and foundations to fill the funding gap, but warned that relying on project funding made it “intensely difficult” for festival directors to produce a standard programme.

He also said arts organisations were suffering the loss of a single “point of connection”, where they could go to for support and advice. “The local council model is actually quite a good one because you’ve got someone you can go and talk to,” he said.

Andrew Bingham MP suggested that membership organisations, such as BAFA, ISAN and CIF, could step into this role, but the witnesses were unsure. Vass said they could, but only “with a lot more funding and a lot more staff”. MacKechnie said ISAN would be expanding its role to provide more advice, but added “I don’t think that replaces the local authority network”.

Finney warned that organisations outside of London, even international ones such as Turner Contemporary in Margate, “really struggle to make the case with local businesses”.

Pemberton identified the buying out of local businesses by national and multinational corporations as a major barrier to regional arts organisations attracting sponsorship, as decisions are being made centrally. He said he would support calls for any tax incentive or match funding schemes that would help businesses understand “that giving money to the arts is a good thing”.

This idea was supported by Finney and Hamilton, who added that “some form of partnering support” could be really helpful.