City to lose its only subsidised theatre

Peterborough has received more than £1m in Culture Recovery Fund grants but says it "cannot operate services that generate a financial deficit and expect our communities to accept it". 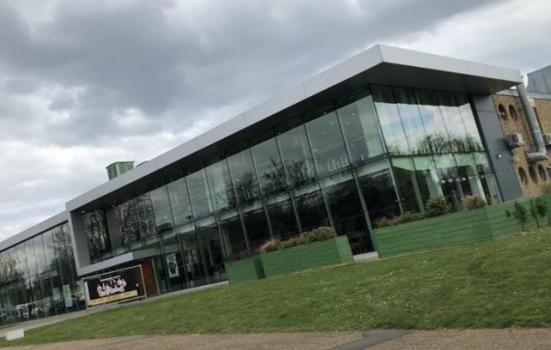 Peterborough's only subsidised theatre is set to close despite its council funder receiving more than £1m in Culture Recovery Fund grants.

The venue is forecast to lose £300,000 this year, an unaffordable decline as the council battles a £26m budget gap. As such, it is slated to close January 17.

"Ticket sales at the Key Theatre are significantly below forecast overall and income this year has been hampered by the theatre having to close for periods and to operate in a Covid-safe way at other times," Deputy Council Leader Steve Allen said.

"We cannot operate services that generate a financial deficit and expect our communities to accept it."

The closure is opposed by some 10,000 petitioners, Liberal Democrat councillors, its former operator, and Mask Theatre, which uses Key Theatre for productions such as its short play festival CUBED.

"If we're not able to go ahead with CUBED there will be financial losses but more importantly, our six casts have been waiting two years to bring these plays to life, and 600 audience members are waiting to see them," producer Becky Owen-Fisher said.

"We desperately hope given the latest news that we may still be able to carry on as planned...  the main question is where?"

The council is in talks to sell Key Theatre to a commercial operator - potentially Selladoor, which runs the local New Theatre - but spokespeople failed to return comment on this point.

They were also silent on the impact of the sale on Peterborough's new cultural strategy and UK City of Culture 2025 ambitions.

Of all councils supported by the Culture Recovery Fund, Peterborough has drawn down the third largest sum for operational spending after Eastbourne Borough and Hull City Council.

Altogether, 57 local authorities have received more than £20.3m via Arts Council England. Ten of those, including Peterborough, have won support in every funding round to date.

The council has received three grants since October 2020 to keep the Key Theatre, archaeological park Flag Fen and Peterborough Museum & Art Gallery afloat, but the funding cannot be used to support the venues beyond the end of March.

Peterborough is not the only local authority looking to cut culture as budget pressures bite.

Stoke-on-Trent City Council, not a recipient of emergency arts funding, plans to close Gladstone Pottery Museum for five months each year so it can be used to stage film and TV productions.

The Arts Council England Priority Place says this will "support the continued transformation of the city’s museum and wider cultural offer" - and save up to £572,000 per year.

"If agreed, the proposals will allow us to offer a more flexible service to meet the ever-changing consumer and commercial use of museums within Stoke-on-Trent, while still recognising our custodial responsibility for our wonderful collections."

A council document continues: "Our heritage is important but we are using this as a platform for further investment to provide a better cultural and commercial offering, leading to more opportunities for local people."

Peterborough council has not consulted widely on closing Key Theatre, making the decision under "special urgency".

Liberal Democrat Councillor Nick Sandford argued arrangements for a commercial operator could have been pursued sooner.

"The university campus is a stone’s throw away from the Key Theatre building. Universities tend to promote culture and need facilities for lectures and for performing arts, yet we are about to close our one publicly funded theatre in the city.

"I think it’s yet another example of a rapidly growing city being stuck with small town mentality."

"The sums to support the Key Theatre are minute compared with expenditure on all the other services the council provides...  given the right people running those services, we probably could have overcome those difficulties."