City of London launches review into racism at Barbican Centre

The centre's funder has stepped in after former and current staff called it "institutionally racist" and lobbied for managers to resign. 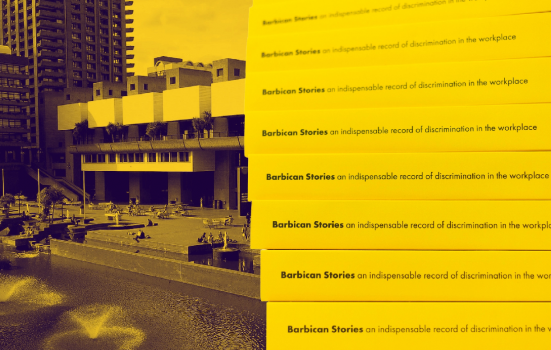 Will another review change the experiences of staff of colour at The Barbican?
Photo:

The City of London has launched an external review into the Barbican Centre to ensure "staff members who have experienced racism are fully supported".

The intervention comes a month after current and former workers published Barbican Stories, a collection of more than 100 experiences they say prove the centre is "institutionally racist".

Employment law firm Lewis Silkin LLP will help City of London instruct a Queen's Counsel, who will then review and report back to the City Corporation's Barbican Centre board by September.

The review's timeline coincides with the remaining tenure of Barbican Centre Managing Director Nicholas Kenyon. His September departure is unrelated to the claims of racism, the centre has said, but the Barbican Stories authors say accountability begins at the top and more managers must leave for its culture to change.

The external review will recommend ways to address policies and processes "and if appropriate, individual conduct," a statement released by City of London on Thursday (July 8) said.

"We take allegations of racism and discrimination extremely seriously and our priority is ensuring that those staff members who have experienced racism are fully supported.

"We look forward to receiving a thorough and frank report with robust recommendations that will enable tangible and meaningful change to occur."

The review is unlikely to placate disillusioned staffers who have been vocal about the shortcomings of previous, similar processes.

The Barbican announced an internal review after the Barbican Stories were published, its second official attempt to combat concerns about a racist workplace culture.

City of London says the external review will consider the instances highlighted in the 256-page book "and work with staff to identify further instances of concern".

But the initial review conducted externally by Challenge Consultancy was criticised by Barbican staff of colour as insensitive: "Some pain has been caused repeatedly to present receipts of racism in front of various constellations of colleagues and professional strangers," the Barbican Stories book says.

Its authors could not be contacted before ArtsProfessional's publication deadline, but said last month that "every time they [The Barbican] have the energy to do this work it feels like they're starting again".

The City of London has not disputed the presence of racism at the institution, an approach that may prove more productive.

The Barbican's review instead focuses on allegations of racism.

They are sharing their views this month via a residency at The White Pube and fundraising to publish a second book that recounts the reaction to the first.

They write that Kenyon's resignation is not enough.

"This has never been about one person. The work is not done - especially when there is no accountability."