City of Culture must be more than an arts festival, MPs told

In an evidence session examining the success of Hull 2017, the DCMS Committee has heard differing views on how the City of Culture scheme should evolve. 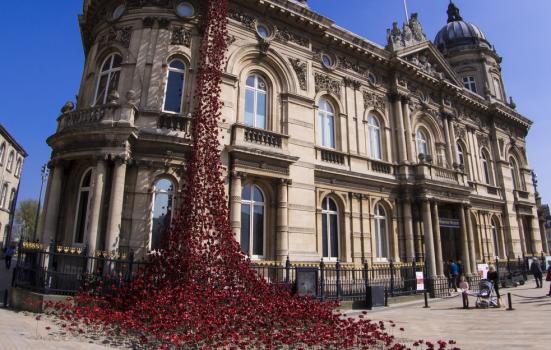 The City of Culture award must be more than an arts festival, and instead should be used as a way of bringing a whole city together through communal events, a parliamentary inquiry heard this week.

MPs also heard about the importance of developing a strong local narrative for engaging local volunteers, businesses and media, and the potential for reforming the initiative to spread its positive impact to smaller towns or across rural areas.

The comments were made as part of the Digital, Culture, Media and Sport Committee’s inquiry into the social impact of participation in culture and sport.

The session was attended by Rosie Millard, former Chair of the Hull 2017 City of Culture organising company; Dr Beatriz Garcia, Head of Research at Liverpool’s Institute of Cultural Capital; and Rebecca Ball, Director of Sunderland’s unsuccessful bid to become City of Culture 2021.

“It’s not an arts festival, it’s about bringing a whole city together”, said Garcia, who argued that the success of city of culture initiatives lay not only in attracting national media interest, but also in transformative experiences that happen on a “very local level”.

The UK City of Culture title, first awarded to Derry-Londonderry in 2013, was introduced by the Government to build on the perceived success of Liverpool’s year as European Capital of Culture in 2008.

Responding to questions about Hull’s year as UK City of Culture – in which an estimated £300m was contributed to the economy and 95% the city’s residents visited events – Millard praised the year for awakening a “latent sense of pride in the city”.

“That has to do with things that happened to people in the city – because the programme was connected to Hull and delivered with a high level of quality,” she said.

Millard said she believed that the success of the project was rooted in an engaging initial event, which built up people’s confidence that other events would be worth attending.

She also stressed the importance of developing a local narrative to attract volunteers, media coverage and private giving, rather than “parachuting in” activity. “If you see that someone from your road has signed up to be a volunteer, you are more likely to do so too,” she added.

“I cannot emphasise enough how critical our partnership with the BBC was. Hull is now on the weather map, ahead of Leeds and Manchester,” Millard told the inquiry, saying that consistent coverage from local and national media gave the city more status.

The three witnesses said that city of culture initiatives should be run by flexible and open coordination teams.

Ball said that Sunderland’s bid team was guided by a steering group of local politicians, businesses and arts organisations, to ensure the deadline for submitting the bid was met. But she added that there was “no control over who could submit ideas”.

Garcia argued that cohesion among senior management is crucial, saying that around 70% of city of culture initiatives have had Artistic Directors resign, and that leadership changes can often “distract from the achievements on the ground”. She believed that patience and flexibility may be best achieved through an Artistic Board rather than a single Artistic Director.

Millard differed slightly, saying that there needed to be a unified vision, and that a single leader was preferable to help develop strong personal relationships with other senior stakeholders.

She noted that Hull’s organising team did not direct everything throughout the year. Spencer Tunick’s ‘Sea of Hull’ installation – in which thousands of local people stripped naked and painted themselves blue – was organised by the city’s Ferens Art Gallery, she said. “It was very important to see the city flourishing on its own behalf,” she said, explaining that anyone could list relevant local arts events on the City of Culture website.

Responding to a question about whether the award was too focused on cities, Millard said the accolade was awarded to Hull, not the surrounding areas, and that it was very important for the message to be streamlined.

She also said that previous awards of European Capital of Culture status to Paris and Florence were “meaningless”.

But Ball and Garcia said they saw scope for other approaches. Ball said she saw the initiative as a “catalyst for change” and that it was for individual cities to define how change should best be implemented. “For some cities that will be a physical regeneration agenda and for other cities it will be a very different agenda,” she said. “We shouldn’t get to a point where it’s only large urban centres that can apply for the award.”

Garcia pointed to Essen and the Ruhr region, which became European Capital of Culture in 2010 as a combined bid between 1 city and 51 towns, as a potential model for the future.