Local authorities envisage a shift away from direct provision of cultural services, but are preparing to lead by articulating a vision, brokering partnerships, and sourcing new funding. 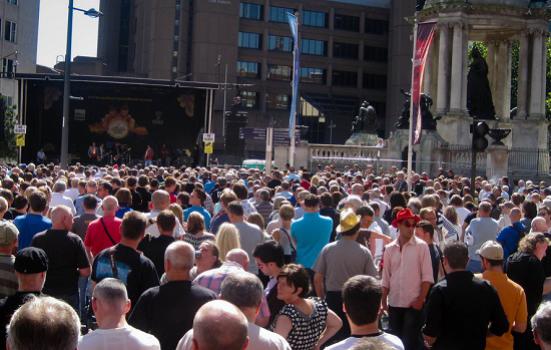 Spurred by regeneration, tourism and inwards investment agendas, cities are increasingly seeing culture as a mechanism through which they can deliver good quality of life, which encourages people to stay as well as visit, according to a new report. Written by BOP Consulting in association with Core Cities UK, the UK Cities Culture Report 2015 notes that cities are increasingly committed to using culture as a catalyst for regeneration, either because culture is “an engine for skill enhancement” or because it can “create a ‘sense of place’ which will encourage companies to relocate and enable a city to attract talent”. They are also recognising the value of culture in promoting “tolerance, equality and diversity”.

The Government’s commitment to devolution is seen as offering the potential for cities to “carve out an exciting vision”, with culture being “much more than just a set of services”. The role of local authorities is expected to shift away from direct provision of culture and towards an enabling role – “articulating a vision, brokering partnerships, and sourcing new funding”. Researchers found that “many cities report a refreshing spirit of collaboration within their cultural sectors, partly in response to reduced resources”. New models for commercial revenue-generating activities such as co-commissioning, crowd-funding, joint projects, shared spaces and ‘pop-ups’, are being tested and refined, but the report notes that “sustained investment will be vital to sustain this optimism and to help these flowers bloom”.

The report concludes that among England’s ‘core cities’ – Birmingham, Bristol, Leeds, Liverpool, Manchester, Newcastle, Nottingham, Sheffield; plus Edinburgh, Glasgow, Cardiff and Belfast – there is a “collective understanding of WHY culture will be important in the next phase of city development, and indeed WHAT agendas need attention within the cultural sector”. But the next step, a “series of breakthroughs in HOW we achieve this,” is still uncertain. In BOP’s view “one breakthrough is designing city governance models that set city-wide priorities for culture and develop cultural activity from the bottom-up. This means recognising that cities are a network of organisations, not fiefdoms dominated by top-down provision. Local authorities need support to complete their evolution from providers to enablers.”