A gender gap in children and young people participating in dance, music and drama activities is highlighted in the latest Taking Part figures. 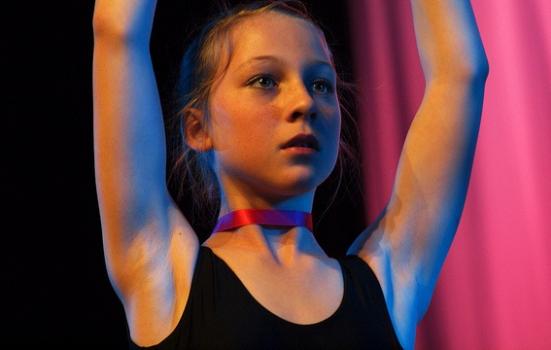 The downward trend in the proportion of children participating in some arts activities continued last year, according to the latest Taking Part figures.

There have been significant declines in the past eight years in the proportion of five to 15 year olds taking part in dance activities, and of children aged five to ten participating in music and theatre outside of school. The only activities to see an increase in participation in 2015/16 were music among 11 to 15 year olds, street arts among five to ten year olds, and reading and writing across both age groups.

More positively, the Government’s annual survey appears to show an upwards trend in the number of children aged five to ten engaging with the arts outside of school on a regular basis: 89% had participated in the past week, which is a significant increase from the 81% of 2008/09.

The proportion of five to ten year olds who had taken part in theatre and drama activities outside of school in the past 12 months fell slightly last year, from 32% to 31%. For 11 to 15 year olds it fell more severely: 65% had participated either inside or outside of school last year, compared with 69% in 2014/15.

The sharp fall in the proportion of children taking part in dance activities in recent years slowed last year, staying at 27% for five to ten year olds and 36% for 11 to 15s.

Participation in arts and crafts activities dropped by just over one percentage point for both age groups, to 75% for five to ten year olds and 77% for 11 to 15s.

The rise of film and video

The figures suggest nearly every child aged 5 to 15 (98%) engaged with at least one kind of arts activity last year; a proportion that has stayed relatively stable over the survey’s eight-year history. However, when reading and writing – the most popular arts activity among both age groups – is excluded, the proportion drops to 69% for five to ten year olds and 78% for 11 to 15 year olds.

The second most popular activity for five to ten year olds is arts and crafts, followed by film and video activities – a category that includes watching a film in the cinema. These activities have soared in popularity since 2008/09, although they saw a slight decline last year.

For 11 to 15 year olds, film and video activities have overtaken arts and crafts and music to become the second most popular; 81% participated last year.

The difference between the genders grows when children reach 11 to 15 years old. Last year:

The gender gap related to arts and crafts is consistent across the age groups: around 80% of girls participated last year, but only around 70% of boys.

The only arts activity boys are more likely to engage in is street arts or carnival: 48% of boys aged five to ten had participated compared with 42% of girls, but this difference was reversed in the older age group, with 34% of boys compared with 47% of girls.