Founding trustee William Makower has spoken publicly about how he always intended the NFS to move into the wider charity sector, but the arts sector seemed the best place to secure initial funding. 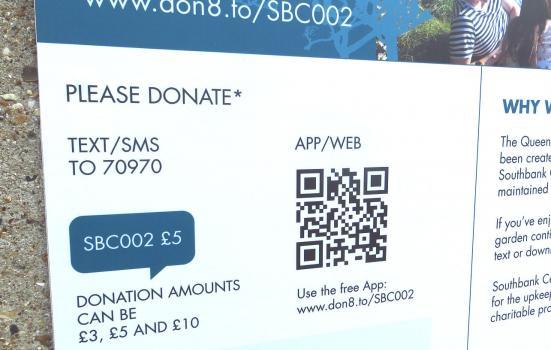 The Charity Commission is attempting to establish “what, if any, regulatory action we may need to take” in connection with AP’s revelations about the activities of the National Funding Scheme, a digital giving platform for the arts launched by former Culture Secretary Jeremy Hunt.

Last Friday AP revealed that the NFS has spent more than half of its income – almost all from public or charitable arts funding sources – on services supplied by two private companies of which NFS trustee William Makower, who is currently also acting as its chief executive, is the major shareholder.

This week, the NFS has issued a public statement in which it celebrates raising £250k for charities through its DONATE platform since its launch – just 1% of the £24m it originally estimated it would have raised by this point. To achieve this, it has been awarded more than £500k from Arts Council England (ACE) and other charitable arts funding sources.

At its launch, DONATE was billed as an “arts-only competitor to ‘Just Giving’”, claiming the fact it was “the only tool specific to the cultural sector” as one of its key advantages. Only this month it was given Charity Commission permission to amend its constitution, enabling it to trade outside the cultural sector. But Makower is now saying that the NFS had always intended to be a “national, fundraising platform for all charities”, telling Civil Society magazine that the arts had seemed the best place to secure initial funding.

The NFS is now being reviewed as “an operations compliance case” of which the Charity Commission opens around a thousand each year. A small proportion of these end up as statutory inquiries, which are held “in the most serious cases of abuse, when charities’ assets, reputation, services or beneficiaries have been harmed or are at serious risk of abuse or damage…” A Charity Commission spokesperson told AP: “As this is a live case, we won’t be able to comment further at this stage”, but has confirmed that “the issues raised are of potential regulatory concern to us”.

By contrast, ACE has rejected the need for an investigation into the circumstances surrounding its own funding of the scheme. The NFS applied for £125k from ACE’s Lottery-funded Grants for the Arts scheme to cover “core operational costs until the charity reaches self-sustainability at the end of 2015/beginning 2016”, despite Lottery rules stating that “general running costs and ongoing overheads” are ineligible for funding. The NFS has since told ACE that it will not be meeting its self-sustainability deadline, but an ACE spokesperson has nonetheless justified the award, saying: “organisations are able to include operating costs when this is on a time limited basis and there is a clear rationale… The NFS made an eligible application for funds to support a time-limited project, including overheads related to the project’s delivery.”