‘Cathedrals of culture’ competition mooted by City of Culture founder

Phil Redmond said partnerships between rural areas and their historic religious buildings could help make both relevant and culturally sustainable. 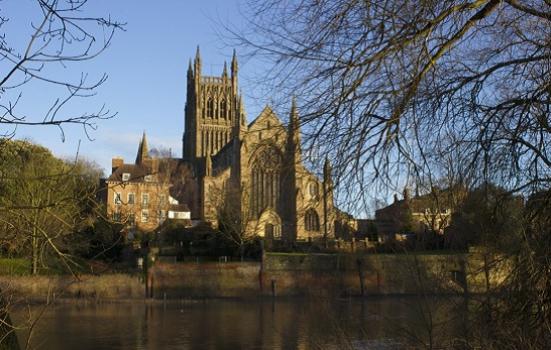 Cathedrals should be used as the “anchor” in a national competition to reinvigorate rural areas akin to the UK City of Culture, the programme’s founder says.

Speaking at a conference on rural creativity in London on Monday, Phil Redmond, Chair of the UK City of Culture Independent Advisory Panel, said there was an opportunity align the needs of rural areas, which struggle to attract arts funding, with those of their historic religious buildings.

He said a national competition for cultural programmes in cathedrals could mirror the successes of the City of Culture programme, or the proposed Town of Culture award: “We should consider using our cathedrals as the anchor,” said Redmond.

“We look at cathedrals returning to being the cultural hubs that they once were. Each cathedral around the country is desperately looking for a cultural agenda for their own sustainability.”

He added: “It’s okay; they’re not that religious these days,” noting that cathedrals now run “everything from art exhibitions to beer festivals”.

Redmond said rural areas already showcase their culture through county fairs: “my suggestion is that we think about it as county culture.”

He pointed out that events like the Royal Cornwall Show and Royal Welsh Show attract audiences on the same scale as Glastonbury – but unlike the music festival, they do not receive sponsorship from the BBC.

And he stressed that culturally underserved rural communities constitute 50% of British taxpayers: “that’s where we have to focus the equity of investment…I think what a cultural programme can do is it wakes politicians up to this [inequity].”

Redmond said a national competition is a “powerful motivator”. It is an easy concept for the public to grasp, galvanises volunteering, introduces young people to cultural experiences, and connects different local authorities and organisations.

But he said the City of Culture programme is ultimately “just an excuse” to try new approaches.

“It’s just a badge. Once a city gets it, it’s an excuse to think about new ways of doing things. It’s about changing perceptions; I can’t labour this enough.”

Redmond also called on national organisations based in London to “reach out” and play a larger supporting role in the UK City of Culture.

“Every four years, it’s not too difficult for them to say ‘we can do something for the rest of the country’.”

UK nations back calls for Town of Culture award
Five years left for rural arts?
How can rural voices be heard?