88% of arts organisations involved in Arts Council England’s funding programme have committed to maintaining or increasing the money they spend on fundraising. 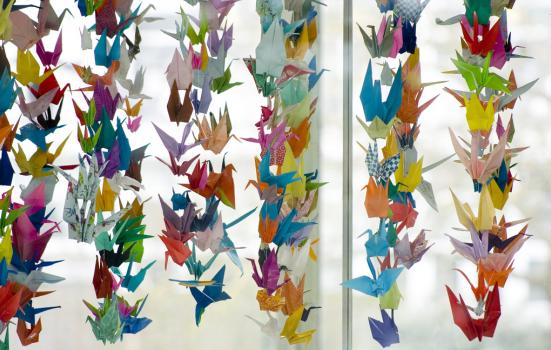 Dominic's pics via VisualHunt.com / CC BY

Arts Council England’s Catalyst funding programme has “paid dividends” in contributing to “real change” related to fundraising, the final report into the programme has concluded.

The three-year, £70m scheme, which ended in 2015, helped arts organisations to increase their fundraising capacity through awards and match funding.

The report found that 87% of organisations involved in Catalyst now have a written fundraising strategy with clear targets and goals, compared with 30% of participating organisations in the first year. Almost 90% have committed to maintaining or increasing the resources they allocate to fundraising.

BOP Consulting ran a longitudinal evaluation of Catalyst until November 2016. Its final report assesses whether the scheme achieved its fourth aim: to support a long-term culture change in arts organisations towards fundraising.

Although the year two evaluation found Catalyst was having mixed success, in that limited fundraising prevented some match funding from being accessed, the most recent report is “largely positive”. It finds Catalyst has left a sustainable legacy for most organisations which is likely to last into the medium to long term.

The report was most positive about the outcomes for organisations involved in the ‘Capacity Building and Match Funding’ arm of the programme, which supported those with some experience of fundraising to “raise their game”. This arm has informed the design of the Arts Council’s follow-up funding programme, Catalyst Evolve, which is investing £17.5m in 140 organisations over three years.

It also found that the Endowments arm of the programme, under which just half of organisations reached their targets, has left “multiple legacies”. It said the programme highlighted the challenges of running complex campaigns like endowments, but that grantees have built “greater organisational resilience” and the endowments are helping them to attract and manage larger gifts.

Although previous reports found evidence that London-based organisations had a greater capacity to fundraise, the new report found “encouraging results” for those outside London and the South East. These organisations have made a greater investment in training and in dedicated fundraising posts.

The report said this suggests there is “still a greater need for fundraising capacity and expertise” in the rest of England, but that organisations are actively working to address this gap.

The report notes trusts and foundations are heavily oversubscribed, and so often do not provide repeat funding to organisations. As a result, Catalyst beneficiaries will have to target individual giving more regularly in the future.

“How well they adapt to this next new challenge remains to be seen,” the BOP report added, “although the behaviours and attitudes that most organisations have fostered through Catalyst should stand them in good stead”.