More than 600 sector professionals have responded to ArtsProfessional’s survey looking at the delicate and emotive battle between balancing the books and keeping arts activities affordable. 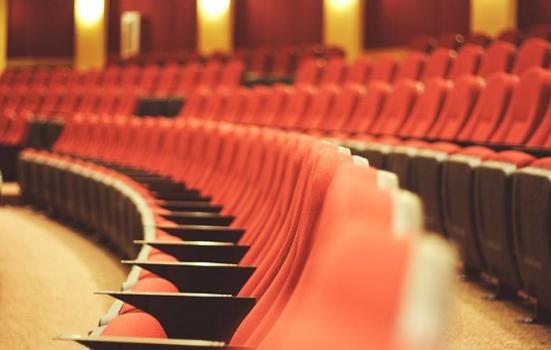 Arts organisations would rather get more bums on seats than charge higher ticket prices
Photo:

More than 600 arts workers have shared their thoughts on how ticket charges influence attendance at paid-for arts events, with almost a quarter of survey respondents opposed to increasing ticket prices when demand is high.

In June, ArtsProfessional's survey was distributed by ticket pricing experts Baker Richards. Answers to the survey reflected the wide range of pricing considerations based on art form, size, scale, and location of arts offers. Many commented on the challenge of applying a ‘one-size fits all’ approach to pricing, noting the need to differentiate between pricing educational offers, one-off events, and regular local acitvities.

Respondents commented on a range of issues from ‘extortionate’ ticket prices for “rock star” shows with minimal sets to the extra costs of bringing shows to rural audiences, and offered proposals for new pricing strategies, including asking recipients of cut- price tickets to help with stewarding or tidying up.

A recurring theme was the need for venues and arts organisations to understand and respond to audience motivations. Many echoed the view that "the issue around ticket prices is how to get people already engaged to come more often".

Bums on seat or cash in the bank

While four out of five respondents agreed that price is an important way of achieving business goals, 71% said they would rather increase income by selling more tickets than increase ticket prices.

Airline-style pricing, where ticket prices rise when demand is high, was unpopular with 43.7% of respondents, who said it was inappropriate in the cultural sector. "I don't believe an organisation should maximise ticket sales to the detriment of purchasers just to benefit their organisation," one respondent wrote, reflecting others' opinion on the matter.

Many expressed concern about ticket prices making the arts unaffordable.

Comments included, "as a member of the public I think that theatre tickets are soon to become out of reach",  and "theatre, concert & dance in regional touring houses has become an occasional luxury, rather than a regular leisure activity".

However, others noted how public - and the sector's own - perceptions of ‘value’ came into play in setting prices: "culture in this country is expensive and disproportionate. For example, in many regional arts centres the ticket price for NT Live is more than an actual live theatre event. This signals to the consumer that a live theatre event is not as good as broadcasts from the elitist arts institutions."

Additional charges on booking, including requests for donations, also came under scrutiny. Many questioned additional booking fees, with one respondent writing, "I think box office costs confuse the audience - it feels like a tax. I think requests for charity donations are plain rude".

The influence of ‘star attraction’ names, and persuading people to try new and unfamiliar works, was also highlighted. Respondents suggested audiences were most comfortable when they knew what to expect, whether that was because of familiarity with the form of entertainment on offer, or because they had heard of the performers involved.

"I fear that creating innovative and sometimes challenging new work may be harder to do when there is pressure on organisations to raise more earnt income which is on the whole generated through big names which warrant a bigger ticket price and more income," one person said.

Some were unimpressed with audiences' motives: "why are people happy to pay a fortune to see a football match but not some contemporary dance? It's a bit taboo, not cool in some circles and a night in with the television is often more appealing for many. People need a bit of education about what the different genres are. We need to be careful about the language we use if we want to sell tickets to anything other than the mainstream."

The role of marketing in persuading people from their armchairs was picked up elsewhere in the feedback. “The perceived price of theatre and event tickets puts people off before they know the actual price. I find people are quick to say 'the theatre is so expensive', whereas many venues offer affordable seats which are in line with cinema prices and certainly less than football matches, yet people don’t seem aware of this."

Another respondent echoed this sentiment: "concession pricing isn’t enough to tempt new bookers in to engaging with cultural events. I’ve not visited venues for shows because I’m unsure of what my experience will be there and don’t want to waste my hard earned money when I can get a more assured experience elsewhere in the sector. Brand loyalty plays a big part in society today and the arts does not capitalise on this."

Pricing ourselves out of the market

There were heartfelt responses to the question of whether high ticket prices hindered engagement with arts and culture.

One respondent said that "the only way people will be willing to pay for tickets in the cultural sector is if we start valuing ourselves properly and effectively in the sector.

"By setting ticket prices too low we are not doing this. It undervalues all the hard work and training that goes into the sector by individuals and companies."

Respondents offered suggestions about how to balance ticket prices, sales and access to performances for those less able to afford it. These included tiered pricing based on income rather than age and pay-what-you-can-afford models.

Read the survey in full.

Pulse report: The art of pricing
Is price a reason for low engagement - or just an excuse?
Are you sure the price is right?