Low-cost attempts to reduce environmental impact have paid dividends for arts organisations, although investment will be needed to achieve further reductions. 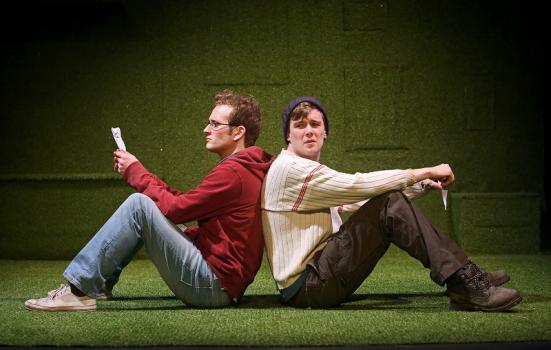 Cultural organisations involved in an Environmental Sustainability Partnership programme have made savings of over 12,000 tonnes of carbon dioxide emissions in the past two years. These figures have been compiled by environmental charity Julie’s Bicycle, which is contracted by Arts Council England (ACE) to track the environmental impact of the organisations it funds and to inspire them to be more environmentally sustainable.

The findings, published in a new report, ‘Sustaining Great Art’, reveal that during a period of growth in arts sector activity, ACE’s major funded clients achieved an annual 5% decrease in absolute carbon dioxide emissions worth £2.3m. Savings have mainly been achieved through zero- and low-cost measures, although a few organisations have been investing in lower carbon buildings, the impact of which is expected to become evident over the next few years. The report concludes that in future, “investment will be essential to achieve reductions beyond business-as-usual”.

Environmental reporting began in 2012, since when ACE has made this part of its major funding agreements, and requires its National Portfolio Organisations to produce environmental policies and action plans. As a result, the number of funded arts organisations participating in the programme of data collection has risen from 14% of core funded organisations in 2012 to 98% (699) two years later, with 40% of organisations going beyond ACE’s reporting requirements.

This year 80% of those who responded to a survey described themselves as “engaged or very engaged with environmental sustainability”. 70% found their environmental policies “useful when applying for funding” and 51% reported financial benefits. Crayg Ward, Green Champion at Pentabus, described how “embedding sustainability has bred ingenuity during the creative process”. He said: “It is more of a challenge to create something within boundaries – something that can amaze an audience, but also save the environment and save money. It pushes you to be better and think about things with a different logic, one that we are finding to be ultimately more rewarding.” But others were less enthusiastic. One arts organisation told AP: “A one size fits all approach that has us spending time recording stats that might be appropriate for, say, a big city centre theatre makes no sense to us. But we are taking action – like turning the heating off because we can’t afford it.”

ACE has renewed a £933k contract that will see Julie’s Bicycle deliver the next phase of the programme, which runs until 2018. In the new phase, reporting requirements and support are being better tailored to the diversity of the sector, and the focus of the new programme will be on strategic leadership, both internally at ACE and across its portfolio. Alison Tickell, Founder and Director of Julie’s Bicycle, said: “There are three simple ideas at the heart of this programme. First that climate change is not confined to the corridors of politics, business and science, but it is a cultural issue. Second, that collective environmental knowledge and action delivered collaboratively and at scale will lead to cultural change. Third, the creative community has a vital role to play in shaping our future. We’re looking forward to continuing our work with Arts Council England over the next three years, it’s an exciting time packed with innovation and potential for us all.”