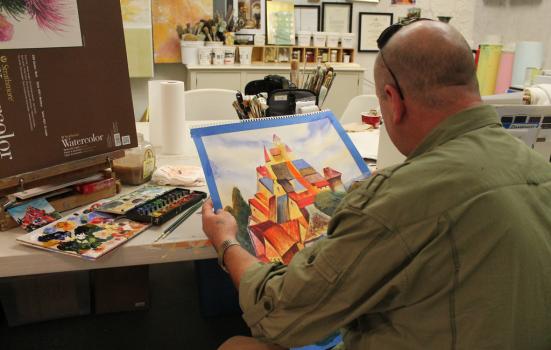 Relationships between artists and Britain’s publicly-funded galleries are at breaking point, according to a-n the artists’ advocacy and information organisation, which has discovered that more than 70% of artists are not paid for contributing their work to publicly-funded exhibitions.

A survey of more than 1,000 artists, ranging from recent graduates to those shortlisted for the Turner Prize, found 63% have turned down offers from galleries to exhibit their work because they can’t afford to work for nothing. More than half report not even being paid expenses.

The campaign is also calling for galleries to adopt transparent policies on artists’ pay; funding bodies to write pay policy into funding agreements; and Government to initiate a national review of the contribution of visual arts to the UK economy and communities, the role visual artists play in the economy and in their communities, and the impact of no or low pay on artists livelihoods and wellbeing. It will also provide support for artists to make the case for payment themselves.

Seeing Britain’s publicly-funded galleries as being “in danger of cutting the pipeline of talent and destroying an international reputation for innovation and diversity which has taken decades to build”, a-n Director Susan Jones said: “The research shows that the practice of not paying artists is deeply entrenched in gallery culture and presents a worrying trend in publicly-funded exhibitions… Unless we start valuing the artist as well as the art, in future galleries will only be showing work by the privileged few who can afford to work for nothing.”

a-n’s research, conducted from among the 18,000 members of AIR, reveals that artists have suffered a drop in real income over the past few years and now earn an average of just £10,000: 57% now generate less than a quarter of their income from their artistic practice. Galleries have been relying on artists accepting mainly non-financial benefits from exhibiting, such as support from gallery staff and exposure to new audiences, leaving many artists questioning the sustainability of their artistic work.

Artist Justin McKeown, Head of Fine Art and Computer Science at York St John University, sees part of the problem as stemming from artists undervaluing their own work. He said: "The most political thing any politically conscious artist can do is make sure they and any others associated with art’s production and dissemination are fairly paid so that we can sustain cultural production in the future. One of the main problems is that artists themselves undervalue their labour. Most arts education in the UK does not include discussion of finance beyond telling people how to pay their taxes."

Although some galleries have fallen into the trap of relying on unpaid labour, others are as keen as artists to see this practice end. Emily Pethick, Director of The Showroom, a publicly-funded London gallery which commissions four shows a year and pays each artist an average fee of £2k, said: “It’s really important to make this issue of the artists’ economy visible. There is a lot of cultural production in this country but the people who are paid least within it are the artists. It really does need a big rethink.”

In the run-up to the campaign launch, Peter Bazalgette, Chair of Arts Council England (ACE), has tweeted ACE’s support for the Paying Artists campaign, and Peter Heslip, ACE’s Director of Visual Arts, has endorsed this, saying that ACE: “…welcomes an open conversation on the challenges faced by the sector, and what more can be done.”

In its guidance to applicants for National Portfolio Organisation status, ACE states: “We require organisations receiving funding from Arts Council England to ensure that salaries, fees and subsistence arrangements are as good as or better than those agreed by any relevant trade unions and employers’ associations… Applicants for National portfolio funding should make sure they can provide proper and fair payments to artists they will be working with when considering their budget… We will not support applications from organisations that use artists’ time donated as in-kind support.”

Creative Scotland is also supportive of the campaign, which reflects the pledge made in its 10-year plan to encourage “better levels of remuneration for artists, in order to ensure that Scotland is a country where they can live and work and that their contribution to all or lives is recognised.”

A spokesperson told AP: “Voluntary positions do have an important role to play and can often present genuine opportunities for people to gain valuable experience in the art, screen and creative industries, to learn and to make a contribution on their own terms. In parallel to this, we will be working to encourage the organisations that we fund to develop clear policies around volunteering and to ensure that trained, practising artists and creative practitioners are always paid fairly.”