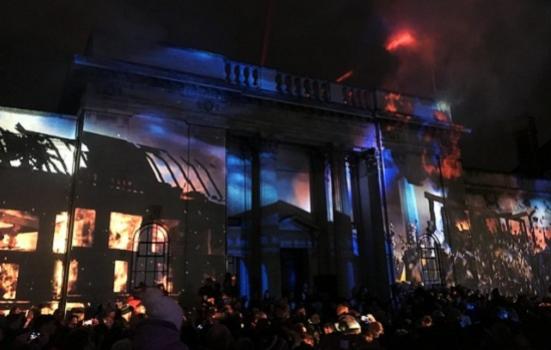 Events like the CIty of Culture in Hull, pictured, make place more attractive to workers, but are less important to businesses
Photo:

More than two thirds of businesses do not invest in local arts and culture, new research commissioned by Arts Council England (ACE) reveals.

Most individuals surveyed by the funder wanted more cultural opportunities where they live (55%), but businesses were less enthusiastic: they prioritised other spending, felt local arts groups were “not business minded enough”, and didn’t see how investing in arts and culture would benefit them.

ACE’s report says the research highlights “a need to create space for dialogue between local businesses and arts and cultural organisations to discuss partnership opportunities, collaboration and sponsorship”.

“This raises a number of issues in terms of the capacity and leadership within the arts and cultural sector to coordinate such activity, in particular given the funding cuts to many local authority arts development teams,” it adds.

The research, which included a survey of 1756 individuals, focus groups in six locations across England, and interviews with businesses, strategic partners and local authorities, also found that “businesses on the whole felt that the local arts and culture offer did not strongly influence” decisions about their location. Transport options, the availability of premises, proximity to higher education institutions, and access to a skilled workforce were cited as more important considerations.

“However, a number of businesses did make specific reference to the fact that a strong arts and cultural offer signified the presence of a skilled and educated population, which was a more influential factor in decisions about location,” the report says.

Interviews with businesses and business leaders across England highlighted a lack of awareness and appetite regarding opportunities to invest in culture.

Investments were usually on a one-off basis, often in exchange for advertising or sponsorship, as businesses struggled to find information on activities and events. This led some businesses to “underestimate the diversity and strength of their local arts and cultural offer”, ACE’s report says.

One interviewee based in Halifax said that investing in local arts and culture was “not something we have ever looked into in any detail because it would not impact our business”.

Another in Hastings said: “The company is highly aware of the local arts and culture offer, but we tend to not see a return on any investments we make. Previous decisions to invest in arts and culture were made on a case-by-case basis. For example, the company was one of the main sponsors for a local festival last summer but, in the end, they got nothing out of it.”

A strong cultural offer was more important to businesses in the retail sector because of its ability to attract visitors and generate footfall.

One interviewee from Hastings said that high profile arts events like the City of Culture programme could create “a halo effect”: “if a place is known for being creative and artistic, it washes off on other businesses all round.”

Most businesses agreed that a rich cultural offer aided their branding, reputation and identity, helped them to compete with other urban centres and put their area “on the map” as an attractive place to work, live and visit.

But while businesses recognised the potential value of arts and culture “in supporting their workforce to achieve a good quality of life”, ACE’s report says, they said that good salaries, quality schools, public transport and the affordability of local housing were more influential in attracting staff.

‘Arts and culture’ was cited by survey participants as an equal priority to schools in deciding where to live.

About 44% of respondents said arts and culture was an important factor in their decision to move to or remain living in an area. However, it was valued less than access to amenities, which mattered to about 74% of respondents, outdoor activities (61%), and ‘a good job’ (54%).

ACE’s analysis of the survey data found that arts and culture was equally important to people in a high-skilled jobs as those in lower skilled employment.

“What this means is that a strong arts and cultural offer can help a broad range of employers to attract workers,” the report says.

But employers felt differently. Where businesses thought that arts and culture might help them attract and retain staff, “this was usually with the caveat that it depended on the industry the business operated in (e.g. creative industries or employers with connections to the cultural sector) or the job roles being considered”.

As one interviewee put it: “Higher skilled staff tend to be more educated and expect a greater variety of culture to keep them entertained. But retaining higher skilled staff requires higher wages and this is the most important factor for most people.”

The problem with competitive placemaking
Distribution of private investment in the arts is “extremely uneven”
How is business sponsorship performing?