Businesses and councils at odds over tourist tax

Scotland’s Culture and Tourism Secretary Fiona Hyslop has said local authorities will not be able to impose a levy on overnight visitors until 2021 at the earliest. 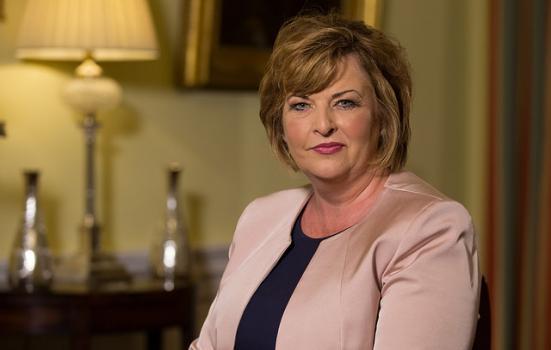 The contrasting views of tourism businesses and local authorities in Scotland on a planned ‘tourist tax’ have been laid bare in a new national consultation.

Documents published by the Scottish Government relay comments made in person and in writing on whether councils should be able to charge a small additional payment to visitors who stay overnight in their area.

Issues raised by stakeholders included how to design a nationally consistent system, who should pay for enforcement, the types of accommodation to be covered by the tax, and the potential for the levy to make the country seem hostile to tourists, particularly in the context of Brexit.

The consultation is the latest development in an ongoing debate about whether local areas should be granted power to introduce such a measure. Edinburgh City Council recently decided to move forward with plans to introduce a £2 tourist tax, but it will not be able to implement this unless new laws are passed by the Scottish government.

The views, which will be used to shape planned future legislation, emerge from a series of roundtable discussions held across the country towards the end of last year.

They reveal that different areas of Scotland have different priorities for investment, such as marketing, or investing more in local facilities, depending on their local economic context.

Councils in general were supportive of the initiative, highlighting the potential for money raised through the tax to be used to share the burden of paying for the provision of public goods – such as the upkeep of parks and public spaces, or street cleaning in the wake of a festival – between local taxpayers and tourists.

Local authority stakeholders noted the revenues could be used for investment that would enhance Scotland’s attractiveness as a tourist destination. But some also questioned how these funds would align with current support for events and festivals, visitor information and cultural experiences, and expressed concern that they might be used to replace government funding.

Many in the tourism industry suggested that the tax could harm their business models, especially since it comes on top of increases to the National Living Wage. Tourism businesses also emphasised that the UK’s rate of VAT is already one of the highest in the EU – particularly in comparison to EU states that currently have a tourist tax.

Some tourism stakeholders believed that the addition of taxes could inadvertently signal that tourists are not welcome in Scotland – something seen as particularly unpalatable in the wake of the UK’s decision to leave the European Union.

The Scottish Government’s publication cites an estimate by consultancy firm UK Hospitality that introducing a £1-£2 tourist tax would lead to a gross decrease in visitor spend of around £205m – although this does not account for the potential impact of the revenues raised.

But other stakeholders argued that the charge would not be difficult to implement, since it would likely be set at a low level, and that systems used by companies such as Airbnb to collect a tourist tax in other countries demonstrate the feasibility of the levy.

“The Scottish Government will continue to work with industry and local authority partners to ensure any proposals benefit our tourism sector as we want to ensure that we do all we can to support and strengthen Scotland’s reputation as a warm, open and welcoming destination,” commented Fiona Hyslop, the Scottish Culture and Tourism Secretary.

Hyslop also addressed the planned tax in a speech to the Scottish Tourism Alliance this week, saying there would be “no compulsion” for local authorities to implement the levy, and that it would not be introduced until 2021 at the earliest.