'The bullies have won’: sector reacts to General Election result

An arts charity has experienced a groundswell of support and sector bodies are doubling down on calls for immigration reform. 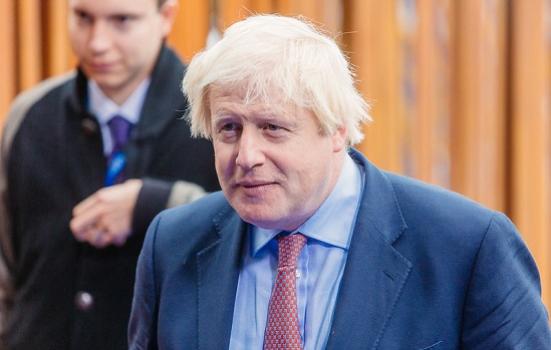 Many in the arts and cultural sector are dismayed by Johnson's victory
Photo:

The arts and cultural sector is bracing for impact after the results of Thursday’s election, which dashed many workers’ hopes of a Labour-led government.

Online reactions ranged from wry to mournful. Cultural policy researcher James Doeser said he “made a few quid on betfair, a little something to add to the relocation fund” while Royal Shakespeare Company Deputy Artistic Director Erica Whyman lamented that “the bullies have won”.

Others were defiant. “The culture war is where progressives have power … stand your ground,” said Tamasha Theatre Company Artistic Director Fin Kennedy.

A replacement for Culture Secretary Nicky Morgan, who is now leaving parliament, is yet to be announced.

Arts Emergency, a charity that mentors marginalised young people seeking creative and cultural careers, has received a boost to its Christmas appeal, with people promoting the work of non-profits as increasingly vital under the incoming Government.

More than 200 people donated or joined its networking scheme on Friday morning following a groundswell of online support: “keep sharing – literally. Be generous, be more generous, be the line between hope and despair,” the organisation tweeted.

“There is no government that can stop people helping people, and this is everything right now.”

Supporters called the campaign a feel-good reaction that “makes you feel less useless”.

Chief Executive of the Creative Industries Federation Alan Bishop said the future shape of the UK’s immigration system was an “immediate and urgent” priority as Brexit approaches.

The sector’s success relies on “diverse global talent”, and immigration should run on a points-based system that assesses potential permanent workers’ value to industry, Bishop said.

“We must create an immigration system that both looks beyond arbitrary measures such as salary and is not inaccessible through cost and bureaucracy.”

The Incorporated Society of Musicians (ISM) too has doubled down on calls for a two-year, multi-entry touring visa for musicians travelling around the European Union. “Irrespective of the results of today’s General Election, the priorities outlined in the ISM’s Manifesto for Musicians remain the same,” Chief Executive Deborah Annetts said.

As Oliver Dowden establishes a working group on "retain and explain", arts workers afraid of exclusion, censorship and funding cuts are...

Thursday, 25 February 2021
More than 1,500 people working in Northern Ireland's creative economy will benefit from an additional £6.9m emergency funding. The second round of the Individuals Emergency Resilience Programme... read more