DCMS gets a £600m boost next year but a £270m arts education pledge has been dropped. 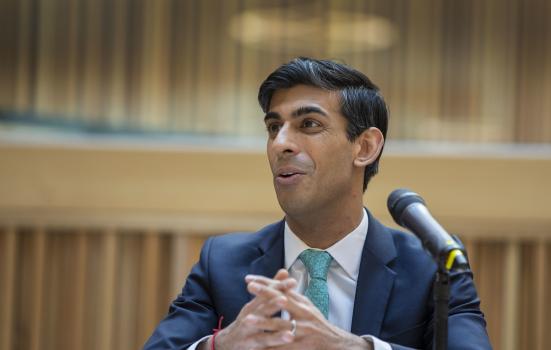 Tax relief rates for theatres, orchestras, museums and galleries have been doubled until 2023, potentially saving the sector £245m.

Chancellor Rishi Sunak announced the policy Wednesday (October 27) as part of a dual Budget and Spending Review that increased DCMS' budget next year by £600m.

A pre-budget announcement of £850m for culture and heritage infrastructure is no real increase on last year; however, DCMS' capital budget is set to grow by £600m between 2023 and 2025 as some youth services are designated as 'capital' spending.

UK Theatre Chief Executive Julian Bird said DCMS' increased budget "will reassure the venues and performing arts companies up and down the country that rely on their support".

Previously announced policies including the Live Events Reinsurance Scheme, the High Streets Heritage Action Zones programme and a £2.6m funding bump for Coventry 2021 have been retained.

But a £270m pupil premium for arts education was notably absent.

A petition calling for the policy to be revived has attracted more than 22,000 signatures.

Devil in the details

A sunset clause on museums and galleries' tax relief has been pushed out to March 2024.

Bird, of UK Theatre, said the reliefs will give producers greater confidence in the post-Covid era. A separate, temporary 50% business rates relief up to £11,000 will provide "the cushion of a lower cost base" as venues reopen.

"However, the limited expansion of R&D tax relief - which continues to exclude many in our sector - is disappointing, as is the missing arts premium, an election manifesto commitment made only two years ago."

Equity's General Secretary Paul Fleming was less congratulatory: "Today’s budget continues the government’s tradition of giving a bung to the bosses and offering little to the workers."

Tax increases will make breaking into the creative industries even harder for people from working class backgrounds, he added.

"If the Government was serious about levelling up and breaking the creative class divide then they would invest in arts education for all and provide a meaningful safety net for self-employed workers.

Several cultural infrastructure projects have been announced, including a £125m research centre opening as part of the Natural History Museum in 2026.

"Levelling up is also about our unique culture and heritage," Sunak said, pledging funding so that 110 regional museums and libraries might be "renovated, restored and revived".

The first tranche of Levelling Up funding will benefit select cultural projects across the UK. Theatr Bryndcheiniog Arts Centre in Brecon, will get a cut of Wales' £121m allocation, whilst the £150m Community Ownership Fund will help locals of Whithorn in Scotland acquire and develop the Old Town Hall into a museum.

£3m will be given to Scotland's Burrell Collection, subject to a business case. "It will enable the museum – which has undergone a major transformation – to bring its collections to life and attract new audiences as it reopens," HM Treasury reports.

Arts Council England and other arm's length bodies will be supported to "update and codify [their] operational and financial freedoms" to ensure they are fit for purpose, Budget documents state.