British Council urged to clarify its use of UK culture

A report says the organisation is confusing the distinct aims of attracting investment and developing broader influence. 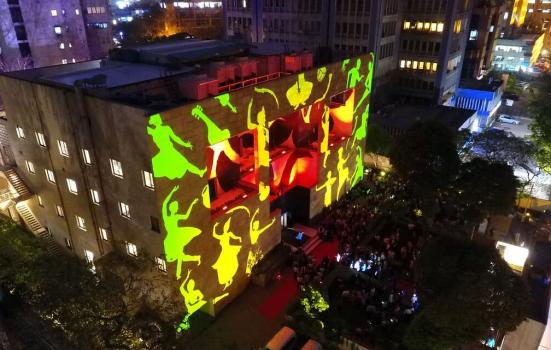 A British Council project in Delhi

The British Council should be clearer about what it is trying to achieve through its international showcasing work to avoid an excessively commercial focus, a review commissioned by the organisation says.

The evaluation by BOP Consulting warns “the aims of cultural relations work are more complex than those of a tourism marketing campaign” and that conflating the two could limit the impact of the British Council’s work. It recommends the council make its ambitions for ‘soft power’ – defined as the use of positive attraction and persuasion to achieve foreign policy objectives – “more explicit at all levels of engagement”.

The research included surveying and interviewing individuals and organisations who had contributed to showcasing work, as well as British Council staff. Participants felt that the organisation’s current balance of artistic and diplomatic objectives was “generally appropriate”, but there were warnings not to disrupt this.

One cautioned that “artists should not feel like salespeople” for Britain. Another said: “There’s a real danger around [perceptions of] Empire 2.0 as a consequence of Brexit. They [the British Council] need to be very careful that UK PLC is not running the show, otherwise what UK culture is considered as becomes very reductive, and the subtlety of soft power gets lost.”

Participants suggested showcasing programmes need to be “more explicitly tied” either to selling the UK as a place to visit and do business with, or influencing other countries to align with its values.

“Interviewees suggested that influence is not the same as attraction and it should be made clearer what the overall aim of showcasing work is in this regard. If it is focused on influence, then it should be seeking to directly change the values and ideas of another culture to be more closely aligned with those of the UK. If the focus is on attraction, it is based on making the UK look like an interesting and trusted, place, to live, visit, work with, and invest in.

“At the moment the conflation of influence and attraction is limiting attempts to better demonstrate [showcasing’s] impact,” the report says.

One strategic stakeholder described soft power as a “two-way street”, saying “there is a danger of this getting lost in the current race to demonstrate the value to the UK. Trust, reciprocity and mutuality also come from the UK better understanding and being attracted to work with its global peers.”

The review found “strong outcomes” resulting from the British Council’s showcasing work. About 80% of people surveyed agreed the work created a safe place to explore complex and contested international values. Similar proportions said it had increased their trust of arts and cultural workers abroad, and had extended their professional networks in a way that has had “tangible benefits for their work”.

But it also highlights limitations in the council’s selection processes, saying well-known cultural organisations and brands that act as an “investment seeking attraction” sometimes became the “default option”.

The report says: “several interviewees described how they felt that those cultural organisations and actors encouraged to engage in seasons and festivals did not fully represent the breadth and diversity of the UK’s cultural activity.

“It’s not that a qualitative judgement should be made between the functions, but that greater strategic attention should be paid to this when programming showcasing work.”

The review says that the question remains of whether freedom of expression must be a “shared principle” when the British Council decides which countries it works with.

It says freedom of expression is a frequent theme of its showcased work, a core British value and that “its promotion globally is a cornerstone of soft power impact”.

“This is not something that is supported in all countries of the world and can potentially create a mismatch, especially when artistic content is critical of domestic Government policy.”

It stresses that the benefits of cultural co-operation can be far-reaching, saying: “Our research concluded that, within the context of increasingly fragile democracies across nation states, the challenge remains to enable positive cultural relations impacts for an improved global society, alongside and beyond the UK national interest.”