The cities join a 180-strong network, which already features ten UK cities including Bradford and Glasgow. 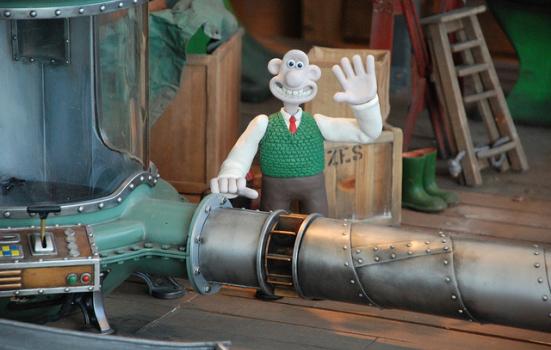 Bristol is the home to Aardman Animations, creators of Wallace and Gromit

Manchester’s radical literary heritage and Bristol’s wildlife film prowess have been given international recognition by the UNESCO Creative City network.

The two cities join a 180-strong worldwide network, which already features ten cities across the UK recognised for their commitment to music, design, media arts, film and literature.

“A UNESCO Creative City is not a one-year-only title, but represents a lasting commitment and a long-term opportunity to benefit from membership of the global UNESCO family, working in partnership with colleagues around the world,” said Dr Beth Taylor, Chair of the UK National Commission for UNESCO.

“Winning UNESCO accreditation is a real accolade, reflecting the strength in depth of your communities in the areas of film and literature.”

Bristol is celebrated for being the home of Aardman Animations – renowned for producing the Wallace and Gromit films – and the birthplace of ‘Green Hollywood’, the world’s “largest concentration of firms producing wildlife content”.

In addition, the panel recognised the 11 community-driven international film festivals, ten cinemas, and 28 film-related degrees on offer across the city.

Manchester, meanwhile, is credited with a “strong tradition” of radical writing that includes the Suffragettes and Karl Marx, and celebrated for having the only dedicated Muslim writers group in the UK.

UNESCO notes that becoming a creative city means the areas must have plans in place to improve access to and participation in cultural life across the cities, “especially for marginalised or vulnerable groups and individuals”.

Bristol has pledged to use film to reduce inequalities and barriers, promote inclusivity, and unite the city’s currently fragmented film sector.

Mayor of Bristol Marvin Rees commented: “Our reputation as a diverse and creative city has long helped to attract productions across film, TV drama, animation and of course natural history. I hope this recognition will be a catalyst for bigger opportunities for the city and Bristolians to showcase Bristol as a centre for film.”

Manchester has plans to use reading and writing to bring communities together, support skills development and cultivate pride and belonging, while building mental wellbeing.

Councillor Luthfur Rahman, Manchester City Council’s Executive Member for Schools, Culture and Leisure, said: “Building on the strong foundations of Manchester’s rich literary history, the council and our partners from the city’s universities and literary community will work together to create a programme of events which gives all of Manchester’s residents the chance to participate in and benefit from this thriving City of Literature.”