Festivals, circus and participatory arts are set to be deemed additional to core arts activity as ACE prepares to fund some National Portfolio Organisations entirely from Arts Lottery revenues. 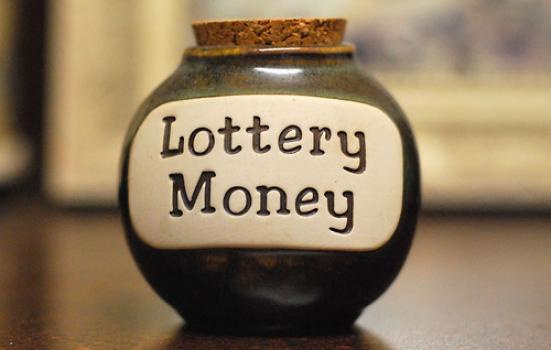 Arts Council England is preparing to divide its National Portfolio Organisations (NPOs) into two groups from 2015/16 – those that will be funded from Government Grant-in-Aid (GiA) and those that will be paid from Lottery revenues. This new approach to core funding was announced at a briefing meeting for leaders of existing NPOs and major museums at an invitation-only gathering at mac in Birmingham last week. Delegates were told that there will be no need for organisations to consider whether to apply for one category of funding or the other, as the decision as to which type of funding will be awarded will be made by ACE. Deputy Chief Executive Althea Efunshile told the meeting that certain types of “people-focused” organisations are likely to be Lottery-funded in future, and cited circus, participatory arts and festivals as examples. Under the law governing National Lottery distribution, Lottery proceeds must be distributed in response to open applications and the cash must be for time-limited activities which are ‘additional’ to those normally or currently funded from Government sources. But one delegate told AP that Efunshile, having first clarified that no reporters were present, said that ACE is confident that it can deal with additionality later, internally, and that arts organisations don’t have to worry about how to demonstrate this in their applications. The briefing document says: “We believe we can safely use our lottery and GiA in this way and still adhere to the principles of additionality.”

The meeting also heard of ACE’s investment plans for 2015-18. It was revealed that ACE is forecasting a 5% cut in its NPO budget for 2015/16 and standstill from there for the following two years. The amount of Lottery money allocated to NPOs will grow and there will be a small increase in Grants for the Arts. Delegates were told to use 2014/15 figures as the starting point for their next NPO applications but to make their bids ‘scalable’, making clear the implications if they were to be given less than they hope. They were told to expect fewer changes to the composition of the National Portfolio than in the previous funding round, and that very few organisations would see a funding increase: London will also not get more than at present.

NPOs will, however, be eligible to apply for additional Lottery cash from other strategic funding programmes. Full details of these will also be published when the application period for NPO status opens in January, and Efunshile told delegates that this was to enable them to take account of alternative ACE funding sources when preparing their NPO applications. Having said this, the total value of strategic budgets will be reduced by around 20%, and ACE will look to cut these first if there are further cuts to its Government funding.

The Birmingham meeting was one of a series held around the country from 5-7 November. Although the next round of applications for National Portfolio status will be open to all, the briefings were only for current NPOs. For those who were not invited but are considering applying for NPO status, the presentation slides have been made available on the ACE website. The plans announced at the meeting are all subject to being finally agreed at a full Council meeting of ACE in December, and subject to this, the portal for NPO applications will open on 7 January 2014. On 26 November ACE Chief Executive Alan Davey will be hosting a live web chat to answer questions on the proposed investment process. Questions can be sent in advance to web@artscouncil.org.uk.

Are ACE’s plans a nifty way of getting around the problem of dwindling Grant in Aid budgets, or a slippery slope that will lead to governments releasing responsibility for arts funding?  What proportion of Lottery funding, if any, should be ring-fenced for non-NPOs? Should Lottery-funded activity have a separate and distinct application process? Share your thoughts on these and other Lottery related issues through the AP Pulse survey,  Arts Lottery funding – who should benefit?