Brexit: Is the Internal Market Bill a 'soft power grab'?

Campaigners warn that devolved nations' cultural policy is at risk amid rumours Creative Europe will be transferred to the Foreign Office. 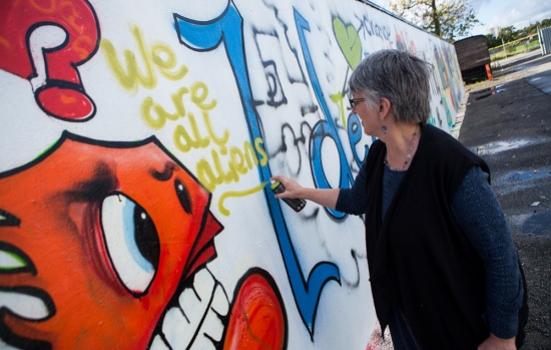 "There is no such thing as 'UK creativity," campaigners say.
Photo:

Cultural policy "should not be seen through the prism of soft power," campaigners say, amid fears proposed legislation will undermine devolved nations' autonomy.

The Internal Market Bill, which passed its second reading in parliament this week, would give the UK Government control over funding for programmes previously administered by Brussels when Britain leaves the European Union next year. This includes a possible alternative to Creative Europe, which DCMS has not yet committed to replacing.

There is speculation that oversight of Creative Europe or its successor will be transferred from DCMS to the Foreign Office. DCMS did not respond to requests for comment.

Campaigners concerned that the bill would circumnavigate established funding models within Scotland, Wales and Northern Ireland said approaching international cultural relations via the Foriegn Office would be a mistake, potentially eroding years of relationship building and damaging the international reputation of UK arts.

As one campaigner put it: "If there is a strengthening perception that the cultural sector is under a Foreign Office international agenda, this could impact funding and threaten the devolved nations' independence."

They are lobbying for the devolved nations to be allowed to become Creative Europe members in their own right.

The Internal Market Bill has been hotly contested by the devolved nations because it could give Westminster broader powers to determine their trading policies and regulations - indeed, the Scottish Government has called it a "power grab".

Allison Woods, Executive Director of No Fit State Circus, said the bill is "an incredibly dangerous and destructive piece of legislation" that could amount to an English "soft power grab".

Such an approach is self-defeating, Woods said: developing a "cultural vision that can influence international perceptions of a country" comes from years of building trust and relationships, not foreign policy.

Eluned Hâf, Head of Wales Arts International, agreed: "We don't think seeing arts policy through the prism of soft power is the right approach at all."

Creative Europe is "not just a means of getting funding," she said.

"We're resigned to the fact that we're not going to be part of Creative Europe as we would like, but we see huge opportunities; we don't see it as all doom and gloom."

"We want to make it possible for the contribution we make to come on the back of our [country's] international approach, rather than through some unilateral agreement."

Campaigners say the UK's cultural policy is shifting towards "flag waving and jingoism," citing the so-called 'Festival of Brexit' as an example of trying to assert notions of a singular British culture.

Migrants in Culture called Festival 2022 "a distraction" from the Government's Hostile Environment policy and said its £120m budget should be reallocated to support "an equitable recovery for the arts and cultural sector led by Black, POC (people of colour), migrant, disabled, queer and working class leaders".

Such a redistribution is one of 12 tenets in a "Culture Sector Recovery for Migrants" plan released this week. Other principles include ringfencing culture recovery funding to support migrant artists and creating a Migrant Working Group within DCMS.

"There is no such thing as 'UK creativity' ... We do not need a festival that seeks to whitewash the UK’s endemic racism using our cultural capital," a statement released by the group said.

The Internal Market Bill has not resolved outstanding concerns about visas for touring British artists, nor the barriers Brexit might present to attracting and booking international talent for events here, campaigners said.