Brexit deal leaves artists out in the cold

European touring is under threat as the cost and logistics of taking performances to EU countries will pose "significant challenges" for everyone from individual artists to major national companies. 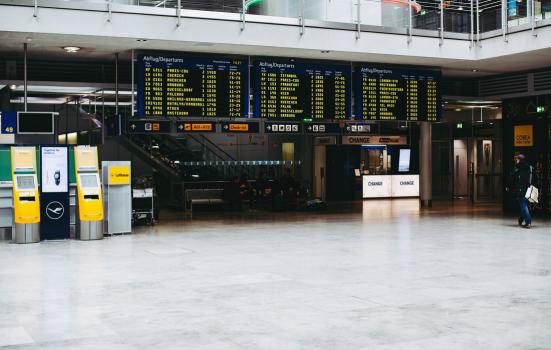 The Brexit trade deal has failed to make provision for creative and cultural workers touring throughout the 27 EU states to perform shows and events.

Tracy Brabin MP, shadow Minister for Cultural Industries, has spoken in the House of Commons, condemning this “glaring omission in the deal agreed with the EU”.

The government has defended its deal, and it has been widely reported that they tried to secure better terms for the UK’s touring musicians, but their proposals were rejected by the EU.

But a government spokesperson suggested otherwise, telling the BBC: “The UK pushed for a more ambitious agreement with the EU on the temporary movement of business travellers, which would have covered musicians and others”. There was no mention of any attempt to secure a special deal for creative workers.

Over 225,000 people have already signed a petition calling on the Government to negotiate a Europe-wide visa-free work permit for touring professionals and artists, to remove new barriers that will increase the costs and red-tape of working in the European Union.

Freelance worker Tim Brennan, who started the petition, said: “I and many like me travel through the EU countless times a year on different tours and events; this will become impossible due to cost and time if we do not have visa free travel”.

The UK/EU trade agreement makes visa-free travel possible for short-term business purposes and for certain ‘independent professionals’ in the service industries. But UK performers are not included and from now on will be treated as third country nationals.

This means they will have to adhere to the immigration rules of each EU member state in which they work – contrary to earlier assurances given by the Government.

Each country can now choose to set its own rules for travel from the UK and require work permits if they wish. Some have already applied cultural exemptions for artists touring, and others may follow, but at the moment different rules apply in different EU countries.

Italy, Denmark and Spain, for example, currently require short-term work permits for non-EU citizens to be able to legally work there, but nothing is needed for stays of up to 90 days in some other countries including Finland, France and Belgium.

Starting at around £200 per trip and potentially running into thousands, depending on the scale of the tour, these international customs documents - often described as a ‘passports for goods’ – allow the temporary export and re-import of items such as musical instruments and lighting equipment, tax- and duty-free.

Arrangements will also have to be made for CITES Certificates to be inspected, to enable instruments made with material from endangered species to be taken to Europe and returned to the UK, as required by the global agreement among governments to ban international trade in species under threat.

Other barriers and costs could arise due to new road haulage regulations which limit trucks to a maximum of two journeys within the EU before returning to the UK. This could impact the logistics of touring of large-scale productions using specialist trucking to several European destinations.

James Williams, Managing Director of Royal Philharmonic Orchestra, described the new constraints as “a significant challenge”. He told AP: “European tours will be more complex and more costly, and we are not sure yet how viable touring work in Europe will continue to be”.

The logistics and cost of long-haul trips outside Europe have been manageable because the orchestra spends longer periods of time in each country, but questions now arise over shorter trips to Europe.

“Even a one concert trip to Madrid will involve a huge amount of red tape and considerable costs”, he said.

“And the process of applying for and obtaining any required work permits could well limit what we can do. The time it takes for work permits to be processed could make it unviable to run back-to-back tours, and any hold-ups issuing paperwork could mean musicians being unable to take part.”

Who will bear the administrative burden and costs of touring in Europe will depend on the scale and nature of the tour.

Orchestras will undertake the administration on behalf of their players, but will also have to foot the bill.

“There’s no magic money tree to cover these potentially significant additional costs”, said Williams. The orchestra will end up paying.”

But the picture is likely to be very different for individual freelance musicians.

The Musicians’ Union (MU) is urging musicians travelling alone to establish who will be organising and paying for the relevant documentation, insurance, carnets and visas - especially when part of their travel may have been organised by a tour manager. “Securing the correct paperwork once you have left the UK can be extremely difficult” they say.

The Incorporated Society of Musicians (ISM) is among those campaigning to reverse the situation, which they describe as having “have huge implications for UK musicians working and touring in the EU.” Their 2020 Brexit report found that 78% of UK musicians visit EU/EEA countries at least once a year to perform.

Also, the music industry alone was worth £5.8 billion to the UK economy last year, providing more than four times the value to the economy than fishing, over which protracted Brexit negotiations took place.

Deborah Annetts, ISM Chief Executive said it is crucial that the Government ensures musicians and creatives can continue to travel and work freely in the EU. She said: “From 1 January, musicians will face a mountain of red tape – from CITES to carnets – which threatens the future viability of working in the EU. Very few musicians will be able to afford this extra cost which can run to thousands of pounds.”

Before the Brexit deal was agreed, the MU had launched a petition, calling on Government and Parliament to back proposals for an “affordable, multi-entry and admin-light” process for touring musicians. These included waiving the need for carnets and issuing a free two-year passport to all EU member states, covering musicians, road crew, technicians and other staff needed on tour.

Horace Trubridge, MU General Secretary, said: “Over the past few years we have told the Government in every possible way that a Brexit deal needs to make provisions for touring musicians… and Ministers have assured us over and over again that they will ensure that touring musicians will not be subject to extra cost or admin post Brexit. And yet we now see that this deal does not address any of our concerns.”

In the longer term the MU will be lobbying for a reciprocal arrangement to enable musicians to work across the EU unimpeded. But in the short-term, it is urging the Government to add musicians to the list of Independent Professionals as soon as possible, even though the ninety-day maximum period for short-term business visitors will still have implications for some tours.

Conversations with the DCMS over post-Brexit travel for artists started as soon as the ink was dry on the 2020 Brexit Withdrawal Agreement.

During a debate among MPs, Brexiteer Nigel Adams, then Minister Of State for Sport, Media & Creative Industries, acknowledged concerns about the threat from any regulations, cost and bureaucracy imposed on touring in the EU.

He said: “Touring is absolutely the lifeblood of the industry and we recognise the importance of the continued ease of movement of musicians, equipment and merchandise once we’ve left the EU.” He concluded: “It’s absolutely essential that free movement for artists is protected post-2020.”

Months later, junior minister in the DCMS, Baroness Barran, confirmed it was the Government’s intention to negotiate reciprocal arrangements for business travel that would include musicians.

Joan Bakewell challenged the Government in the House of Lords about its failure to agree a suitable deal for artists, and afterwards tweeted: “The Minister replying said it was the EU negotiators who refused: hard to believe. Do performers now join fishermen in total failure to help their industry....and when does the fight back begin??”