Brexit could cause two-year cultural hiatus

A new study warns the sector faces a unique battle against "the double consequences of Brexit and Covid-19", with communities in need of cultural funding most at risk. 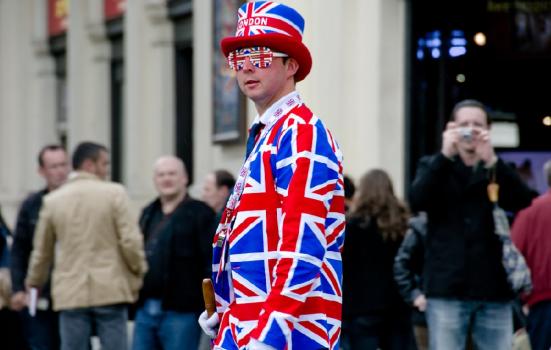 Brexit is likely to cause a two-year hiatus and "major impediments" to cultural collaborations with European organisations, a new study warns.

The paper by Manchester University's Dr Charlotte Faucher, titled Arts After Brexit, says the cultural sector, which relies heavily on in-person services, is in "a particularly precarious position" and will have to address "the double consequences of Brexit and Covid-19 to a greater extent than most sectors".

Arts practitioners interviewed for the research said the immediacy of the pandemic had shifted Government priorities for guidelines and support, leading to further uncertainty as the December 31 deadline approaches.

"In a way, the Covid-19 pandemic has played the role of a smokescreen that conceals urgent and crucial Brexit-related discussions," Faucher wrote.

The UK Government is yet to commit to any alternative to Creative Europe or exchange programme Erasmus+ more than six months after withdrawing, slating the possibility of a replacement in a Spending Review due next week.

Despite feeling that a change in Government - or the Government's attitude - would undo some of the reputational damage of Brexit, interviewees said EU workers, visitors and organisations are already showing less interest in the UK cultural scene.

"Many deplore a reality in which British civil servants will no longer be able to influence key political discussions regarding cultural and digital affairs at EU level," Faucher wrote.

Some further feared the avowedly global strategies of the British Council and Arts Council England would not be enough to promote spending that encourages cultural links with the EU.

But Kate Deans, from the Creative Europe Desk in Scotland, said the hiatus in creative collaborations has already begun.

"The gap starts now because people aren’t fully able to say to their partners in EU member states that they can contribute to the next EU funded project."

The communities most in need of cultural funding are among those most likely to be detrimentally affected by the loss of it after Brexit, the paper says.

EU funding has been key to establishing arts offers in Stoke-on-Trent, Great Yarmouth and Middlesbrough, and in areas where more than 65% of people voted Leave.

Faucher writes that artists and art managers in these places are still intellectually and creatively attached to the EU: "They have had to negotiate a sense of fracturing from a local population that overwhelmingly voted to leave."

But the sector retains, and is reinforcing, a strong desire to maintain European connections. Most UK cities have decided to stay in the Eurocities network - only Nottingham has withdrawn for budgetary reasons - and Birmingham and Glasgow have both applied for a seat on Eurocities' exective board.

Some organisations are pursuing "burdensome and costly" strategies such as opening sister companies abroad or pushing for individual and municipal cultural partnerships, Faucher writes.

She says mid-sized arts organisations will shoulder a larger burden in trying to keep up these European links.

"[They] will probably not have the administrative and staff capacity to adapt to new visa, insurance, customs and intellectual property regulations defined by each EU member state after 2020."

As the EU doubles its culture budget, key European figures have called for a people-first approach to the cultural sector's recovery.

At a virtual European Cultural Foundation conference on Wednesday, European Commissioner for Culture Mariya Gabriel said the sector must more actively engage with citizens and promote a view of culture as "a strategic investment" amid current economic pressures.

Sneška Quaedvlieg-Mihailovic, Secretary General of culture advocacy Europa Nostra, said the sector is not asking for anything "undue" in lobbying for citizens' voice in culture.

"This is something that should have been done many decades ago but there comes a time to do it - and that is now."

The sectors covered by DCMS export nearly 45% of all services to EU member states, Arts After Brexit notes.