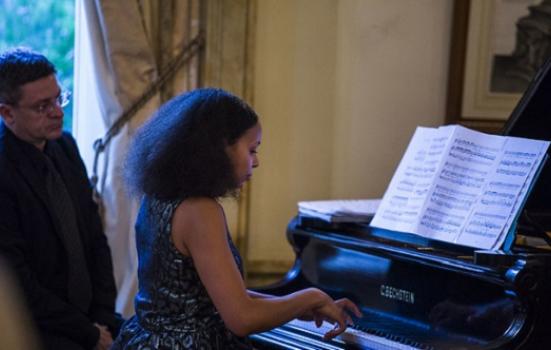 A new research and advocacy project aims to tackle a “deficit” in philanthropy for Black-led arts organisations by galvanising giving, especially from Black donors.

Project lead Yvette Griffith, Executive Director of contemporary music and arts movement Jazz re:freshed, says lots of organisations are “punching above their weight in terms of the size of their teams or the resources that they have” to seek private sponsorship – including hers.

But she says experience and initial research suggest many Black-led groups lack the resources and expertise to maximise their fundraising efforts: “We all have different levels of success when it comes to funding. When it comes to philanthropy, there’s nearly none.”

Griffith has partnered with fundraising and philanthropy programme Cause4 and the Institute of Fundraising to research the scale of giving to Black-led arts organisations, interrogate the barriers to their success in fundraising, and consider the feasibility of establishing a foundation for Black British arts.

“The overall objective is to find a solution that will financially provide philanthropy to organisations, whether by individual brokering or by way of a grant for Black-led organisations,” she says.

Next to no philanthropy

The average donation to participants in a small sample study of 20 Black-led arts organisations undertaken by Griffith was about £50.

Some found success with crowdfunding but “in general, the organisations I have spoken to don’t have enough money to pay for a fundraiser and don’t have a membership scheme that can really push that [message] out there”.

Griffith says it’s likely the problem often starts with a lack of training and capacity to focus on fundraising.

Beyond that, the challenges for Black-led arts groups seeking sponsors are not clear. Griffith has launched a second survey she hopes will illuminate the specific constraints on these organisations’ fundraising efforts.

“With the organisations I haven’t touched [on], I’m trying to get a better understanding of what those are. Once I’ve got enough information, I can have those conversations with philanthropists and get things moving.”

Not just about the money

Griffith says she is particularly focussed on forging stronger connections between Black-led organisations and Black donors.

“We welcome money from all communities, but we do want to galvanise Black giving.

“With the [political] landscape the way it is, we need to make sure there is a cultural awareness of our communities and [understand] that support may not always be coming from those [same] communities.”

Kemar Walford, Chair of Black Fundraisers UK, says Black-led organisations face issues about mistrust and not knowing which funding sources they will be successful with.
Being able to showcase “who is doing what in Black philanthropy” would help start meaningful conversations between fundraisers and donors that might further Griffith’s cause, he said.

“That can be more important than the idea of just getting more funding,” Walford added.

“It’s about understanding that there are people out there who look like you and want to fund you, and that in itself is a wonderful thing for Black fundraisers.”

Cause4 Chief Executive Michelle Wright is looking to pilot Black giving circles – small networks of Artistic Directors and Chief Executives who can support each other’s fundraising projects – as part of Griffith’s initiative.

“It’s something that could work really well as a lead to see what the appetite is because we really don’t know at the moment.”

She and Walford said the UK lags behind the US in understanding and supporting Black philanthropy: “We go for the same sort of fundraising when what’s needed right now is a different sort of approach that works with your particular community,” Wright says.

Research from the Institute of Fundraising indicates that the average fundraiser in the UK is a white woman between the ages of 25 and 39. Fundraisers working for Black, Asian and minority ethnic (BAME) focused charities were slightly more likely than the national average to be BAME themselves – 13% compared to 9%, the research showed.

Wright says she hopes the initiative will help organisations change their fundraising practices to combat unconscious bias in the types of donor they target.