A study warns that “debates about authenticity, re-creation and fakery are amplified by digital technologies”. 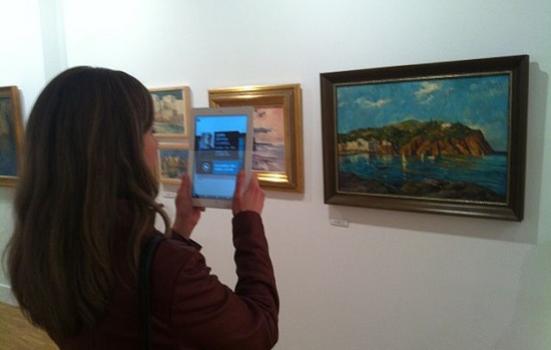 "The possibilities of re-creation come with increased responsibilities"
Photo:

There is no clear evidence yet that immersive experiences can provide benefits to museums, according to a new report calling for more research into their potential.

The study from the Creative Industries Policy and Evidence Centre (PEC) and Cardiff University says cultural institutions have often been testbeds for immersive approaches to attracting audiences and deepening engagement, such as virtual reality, augmented reality and mixed media. But it argues that “attempts to find straightforward connections between investment and outcomes have been inconclusive”.

“There is a seductive logic that the use of participatory and networked technologies leads to increased interaction between an experience and those [who] take part in it,” it says.

“The broad conflation between more interactivity or more control over a narrative and more agency should be challenged.”

The report advocates for testing the value of immersive technologies and other interventions in a way that “adequately captures the nuances of immersion in museum, gallery and heritage contexts”.

While immersive experiences can give greater voice to the stories of disenfranchised or underrepresented groups, the report warns that “playing with the line between fact and fiction can be understood as provocative and political”.

“Debates about authenticity, re-creation and fakery are amplified by digital technologies and are particularly knotty in heritage contexts,” it says.

“The possibilities of re-creation come with increased responsibilities that designers and institutions need to take seriously, both for quality and ethical reasons.”

Although it says immersive initiatives could challenge power relations in museum and heritage projects, the report notes “possible tensions between these approaches and the current emphasis on economic returns within the research and policy landscape”.

Co-Author Dr Jenny Kidd told ArtsProfessional that there is a need for more authoritative research and policy that underpins ethical concerns already being expressed in the sector. She says accessibility – physical and economic – environmental issues, privacy, data ownership, and the de-colonisation of museums all must be considered when introducing and implementing immersive technologies.

“It seems a bit incongruous that in institutions where there has been so much effort in recent years to break down these barriers to access that we would reinstate them digitally.”

There are further logistical challenges to the uptake and effectiveness of immersion experiences in the museum sector: cost, staff training, collaboration with partners, the usability of any immersive technologies, their sustainability beyond their initial use, and a lack of consensus on how to evaluate their impact can “undermine” these initiatives, the report says.

It recommends institutions “consider how best to make [technology] frictionless, or even invisible”. Although issues with internet connectivity and software glitches are likely to improve, such issues “remain an unavoidable real-world aspect of many immersive encounters at this time”.

The value of immersive experiences in museums “can be complex to articulate given the levels of investment needed”, it adds.

Kidd said their value will naturally be assessed if they are publicly funded, but remains optimistic about the potential of these interventions.

“There’s positive work to be done in this space and I want to see us doing that work.”

Monday, 10 May 2021
Edinburgh Fringe venues are asking for up to £14m to fund outdoor spaces so shows can go ahead this summer. The four biggest - Assembly, Gilded Balloon, Pleasance and Underbelly - are among an... read more
(The Scotsman)

Monday, 10 May 2021
Labour's Tracy Brabin has been elected the first ever Mayor of West Yorkshire and first female mayor of a metropolitan area in England. The victory has forced Brabin, the Shadow Culture Secretary... read more