Physical access and social isolation emerge as key factors linked to a decline in arts engagement among older people. 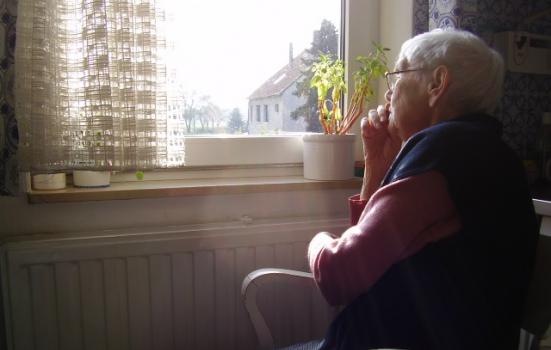 Only half of older people attend or participate in the arts as often as when they were younger, according to a new poll. Those who live alone are even less likely to sustain the attendance patterns of their teenage years or their 20s and 30s.

These and other findings have emerged from a survey commissioned by Arts Council England from polling company ComRes in November last year. 700 adults aged 65+ were questioned about their attendance patterns now compared with years gone by. The survey also asked how important the arts and culture are to them, and what, if anything, would make them more likely to engage with arts and culture.

Four out of five respondents identified one or more factors that would encourage them to attend or take part in the arts.

Better access to cultural venues emerged as the factor most likely to encourage older people to engage with the arts. 43% of over-65s said they were more likely to attend arts events or participate in activities at venues that were easier to get to, or if help with transport or information about routes was given. This figure dipped to 32% among the oldest respondents (age 85+).

Other responses indicated that involvement with the arts is not something to be done alone. Having someone to go with would encourage 39% of respondents – 46% among those who live alone. This was a more common response than having more information about what’s on (32%); more conveniently timed performances (26%); and ‘relaxed performances’ (15%). Only around a tenth of all respondents felt that having more events and experiences available online, or “having a say” on what events or activities were on offer, would make any difference to their attending habits.

The survey also sought to find out how older people think arts and culture contribute to their quality of life. Whilst 76% felt it contributed to their happiness, and 60% to their health, only half said it was important in helping them to feel less alone.

It would be useful to cross compare with the evidence and data being collected within the Understanding Everyday Participation research programme, and to find out whether it is *where* people are expected to go to access the arts and culture – the designated, funded arts venues that presumably were the focus of this new Arts Council study. One of the UEP research team Dr Abigail Gilmore has said “Evidence on barriers to participation suggests proximity and familiarity are key factors. There is also evidence that local community centres with multiple uses and purposes may be more likely to attract people to participate in the arts. This suggests to me cultural policies that reach out to people in their own neighbourhoods and which invest in spaces and facilities within easy reach make people feel safe and comfortable.” I suspect that it's not purely older people who may find arts venues unfamilar places - they have their etiquettes and rituals that people unused to them may find baffling or off-putting. Attracting different kinds of people to the designated arts venues may mean interpreting access more widely - by providing the right ambience including what the cafe or bar sells (and at what price).