A third of claims made against the institution related to racism, but "very few" people of colour were interviewed by lawyers as distrust of the directorate marred the investigation. 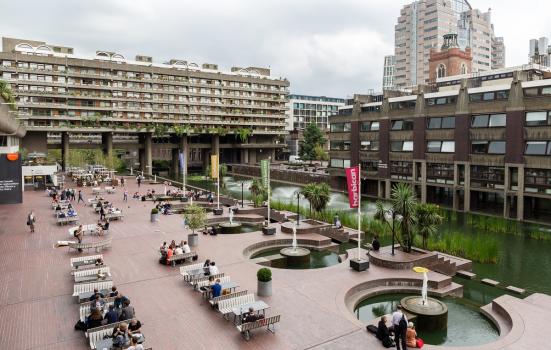 "A number" of allegations of racism at the Barbican will be investigated further
Photo:

The Barbican will mandate anti-racism training for all staff and introduce diversity targets in its latest bid to address accusations of institutional racism.

The institution's directors previously rejected programming and employment related targets as "too challenging", according to claims published by law firm Lewis Silkin on Wednesday (November 9), but are now committed to "a radical transformation of culture and behaviours".

However, the review suggests an uphill battle to regain workers' trust: a third of the 121 allegations investigated related to racism, yet "very few" people of colour were interviewed - eight, it is estimated.

Out of 48 people who contacted Lewis Silkin, nine withdrew from the process and four retracted their evidence. Given the centre has about 350 staff, "we do not know how widely held these concerns are," the lawyers wrote.

Two people who alleged members of the Barbican's board made racist comments refused to have their evidence reported back because they didn't trust the investigation's confidentiality.

And Barbican Stories, a collective that published a book detailing 100 accounts of discrimination and racism at the centre, provided a copy to lawyers but did not provide any other information.

Lewis Silkin recommended Barbican Stories be contacted again; the City of London Corporation, the Barbican's primary funder, did not answer questions from ArtsProfessional about whether this has happened.

The review notes: "When staff have raised concerns at the highest level, they say they have been chastised for doing so. As a consequence, they report there is a fear of speaking out or challenging people in senior positions."

Up to 44 of the 121 allegations relate to current Barbican staff. City of London Corporation says "a number" will be investigated further, "with disciplinary action taken where appropriate".

Tom Sleigh, Chair of the City of London Corporation’s Barbican Centre Board, apologised to Barbican workers who experienced "unacceptable behaviour" within its walls.

“This investigation makes tough reading.  All of us want the Barbican Centre to be a truly diverse and inclusive organisation."

Barbican Stories did not respond when contacted by ArtsProfessional but plans to publish a second book next year.

White Barbican staffers "see themselves as the 'good guys'" and are defensive about the centre's issue with racism, according to Lewis Silkin's report.

It illustrates a culture in which senior managers are alleged to view racism as "a PR issue" and dismiss anything less than "very explicit" signs of racism.

Yet the report says that senior staff made assumptions about people of colour, "for instance that all Black artists smoke weed".

"Staff members have heard staff of colour be referred to as a 'diversity hire', suggesting an assumption that people of colour would not be working at the Barbican based on merit alone."

Echoing many of the testimonies in Barbican Stories, investigators found concerns that White people with a private or "Oxbridge" education received preferential treatment.

Senior leaders will be the first to receive anti-discrimination training before it is rolled out further over the next six months.

In the longer term, the Barbican will review its use of casual and fixed term contracts, establish scholarships and sponorships to improve recruitment among lower socioeconomic groups and consider implementing the City of London Corporation's "reverse mentoring" scheme, in which junior colleagues with protected characteristics help senior staffers develop a more inclusive leadership style.

Interviewees said the Barbican's human resources team "sweeps concerns of race or other discrimination under the carpet and encourages informal resolution of grievances" without any support.

The City of London Corporation admits that management "failed to act when complaints were made".

Barbican staff believed HR "does not provide support to those outside the leadership team", according to Lewis Silkin.

A anti-racism taskforce convened last year refused to allow a member of HR to participate because it lacked confidence in the department: "This was seen by HR negatively and the group felt that as a consequence HR did not support/engage with it."

"It is apparent that neither the group nor the Directorate felt the project was handled as constructively as it could have been," the Lewis Silkin review noted.

A seven-week-long audit found HR processes at the Barbican lacking: "A number of the policies could be improved from an equality and diversity perspective, and this would potentially reduce conscious or unconscious bias or set a clearer statement of what is considered unacceptable behaviour."

A full staff survey "could have provided an early temperature test on some of the issues that have emerged as part of the Barbican Stories", it added.

The Barbican's HR team will be restructured and given new resource over the coming months to focus on engagement, management, career progression and changing its culture.

When asked, a City of London Corporation spokesperson could not explain why the reverse mentoring programme and related schemes available to other corporation employees were never used at the Barbican.

"The Lewis Silkin External Review and the City Corporation’s HR audit highlight several serious issues, which is why our new Interim Executive Director of HR will lead a project on the Barbican’s working culture, so that all staff have a shared understanding of behaviours which foster and promote a positive and inclusive workplace environment."