Bailout plans progress for sectors whose markets have collapsed

A Cultural Investment Participation Scheme offering repayable finance could kickstart the cultural sector’s economy under proposals being drawn up for Government to take a quasi-equity stake in theatres. 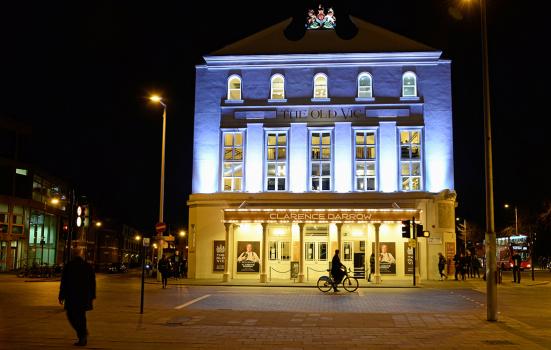 The arts could be part of Government’s plans to rescue British firms at risk of collapse as a result of the pandemic, according to Kate Varah, Executive Director at The Old Vic. The theatre has been working with others to draw up proposals for a Cultural Investment Participation Scheme (CIPS) through which the Government would take a financial stake in theatres with investment paid back in cash and in kind over time.

The scheme dovetails with Government thinking across many industries, including the arts, that are facing insolvency as a result of current trading conditions. The Treasury has told the Financial Times it is preparing plans that could see the Government step in to rescue companies whose failure would “disproportionately harm the economy”.

Codenamed ‘Project Birch’, the plans would initially offer bespoke loans, but could also involve the Government taking an equity stake in viable companies whose markets have collapsed, but who are deemed too important to be allowed to fail.

Where CIPS proposals differ from Project Birch is in the breadth of the scheme: it is suggested that the Scheme should be open to the whole of the theatre sector, both non-profit and commercial, recognising that it would be the failure of the sector as a whole that would be disproportionately harmful, rather than the failure of any one company.

Those designing CIPS are asking for repayable funding in such as way that would allow the Government to make a return on its investment in cash and in social value.

Rather than offer straight grants, the Government would set up a quasi equity structure under which institutions would not be burdened with loans they will find difficult to repay. Such a framework would mean non-profit theatres would also be able to continue pursuing philanthropic sources to support their education and community work.

The Old Vic believes this kind of investment would retain institutions’ workforces, maintaining the skills base and generating work for freelancers. It sees CIPS as serving as “a national pledge for culture”, whilst also delivering a public narrative that the theatre sector is committed to providing financial returns as well as delivering societal benefit.

No time to lose

A statement from The Old Vic is urging policy-makers to act quickly. It says: “We know government are listening and engaged. But as a sector we don’t have long before we have to make changes to our organisations that are irreparable. CIPS represents a workable solution. Let’s hope we can ‘get CIPS done’ and make sure there are theatres to visit, projects with which to support our schools, communities and the next generation of talent, support for the economy through our continued prosperity, and healing for communities through the art we create and share, when we come out the other side.”