The measure could make up to 95% of the country's theatres financially unviable, with only a quarter physically able to accommodate maximum audiences upon reopening. 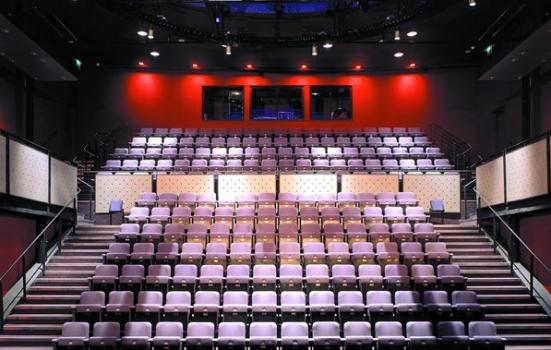 Tron Theatre, pictured, would only be able to host an audience of 20 under the restrictions
Photo:

Scotland is revisiting a two-metre social distancing rule for indoor events just one day after it was made public.

Theatres lambasted the measure - already reduced from the 2.5 metre distance proposed in draft guidelines circulated last week - as a death knell for an industry that has been closed for 13 months.

95% of recent respondents to a Federation of Scottish Theatres (FST) survey said it wouldn't be economically viable for them to reopen under the current guidance. The restriction is expected to keep most commercial theatres and subsidised venues such as the Royal Lyceum, Glasgow's Citizens Theatre, and Macrobert Arts Centre in Stirling from resuming live events.

The Scottish Government did not comment, citing pre-election constraints, but Culture Secretary Fiona Hyslop tweeted Wednesday evening that she had "intervened".

"Government officials are working on providing detailed guidance to help a route map back considering social distancing [and] capacity in particular," she wrote, noting officials are also discussing possible financial support for the cultural sector as it reopens.

Andy Arnold, Artistic Director and CEO of Tron Theatre, led the charge against the two metre rule. In opposing the "severe" stipulation, he said the venue would only be able to accommodate 20 ticket holders in its 230-seat auditorium.

The restrictions as they stand extend beyond May 17, when venues are expected to reopen, into Level Zero of the Scottish Government's reopening roadmap.

It makes no sense for social distancing at cultural venues to be more than the one metre required in tourism and hospitality settings, Arnold said.

"If I decide to take my friends to see an hour-long theatre show in the evening, we can have a pre-show drink in the bar, facing and talking to each other a metre apart, again mask-less, before we join a handful of other folk in the large and fully ventilated auditorium where we will, with masks on, all sit facing the same way in silence at least five seats apart in all directions."

With furlough due to end in September, this level of social distancing would force company closures, further redundancies and lost work opportunities for freelancers, Arnold added.

English venues are also slated to reopen on May 17, but with a one metre social distancing requirement.

Edinburgh arts journalist Brian Ferguson commented that the two metre rule, coming one week out from Holyrood's election, is likely to harm relations with the cultural sector.

"This time last year it was frankly unimaginable that anyone in Scotland would be looking enviously over the border at where arts and culture sits in the pecking order.

"That is now the depressing reality for many artists, venues and promoters."

Just 25% of theatres would be able to accommodate 100 people - the maximum indoor capacity upon reopening, FST's survey indicates.

CEO Fiona Sturgeon said the updated guidance provides more details venues can use to plan their reopening, but "there are still many unknowns and areas where further investigation and more certainty is needed".

One such area is an exception to capacity limits for events that can strike a deal with their local authoroty and the Scottish Government: "There is no clear guidance on how this process would operate," Sturgeon said.

Venues are also in the dark about how they can operate beyond Level Zero, which is likely to take effect at the end of June.

FST is urging clarity from the Scottish Government and national authorities, and has convened a technical advisory group to support reopening safely at a viable scale when restrictions allow.

Other organisations, said to be waiting to see if restrictions are lessened, have remained quiet.

Theatres and other performance spaces will be able to seat up to 100 people indoors or 500 outdoors from May 17, public health context permitting.

Venues must calculate their own capacity. Scottish Government guidance recommends they divide their floor space by the two metres required for each attendee, but says "premises can use any appropriate calculation provided that they can demonstrate that they have fully considered the physical distancing requirements to reduce the risk of transmission".

"However this will only provide a starting point as there are many considerations as set out in the guidance which could increase or decrease this figure, including bringing fixtures and fittings into consideration."

Standing audiences are capped at 50 people indoors or 250 outside where space allows until at least June 7, when capacity limits increase to a maximum of 200 indoors or 1000 outdoors.

The Scottish Government has not committed to relaxing distancing requirements or capacity limits of 400 indoor or 2000 outdoor under Level Zero.

A Scottish Government spokesperson said "the need for physical distancing will continue to be reviewed but is applicable in all levels under current guidance".

What's on guide Scottish & UK Theatre commented: "There will be empty chairs at empty tables if 2.5 metre social distancing continues in Scotland."