15 employees will be affected by the closure of Culture Republic, following the loss of its annual funding from Creative Scotland. 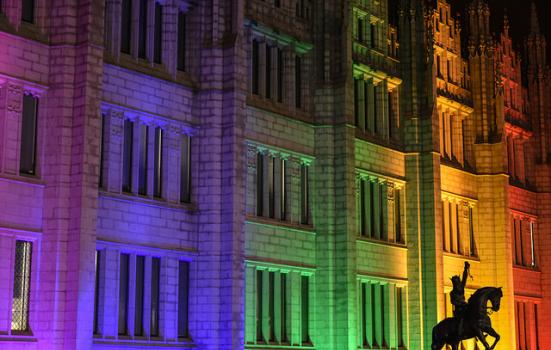 Spectra, part of Aberdeen Festivals, who have worked with Culture Republic
Photo:

Scotland’s national audience development agency, Culture Republic, has announced it will close next month, following the withdrawal of its annual funding by Creative Scotland.

The organisation received £350k annually from Creative Scotland between 2015 and 2018 as a sector development organisation, but its bid to join the organisation’s portfolio of Regularly Funded Organisations (RFO) for 2018-2021 was rejected earlier this year. Instead Culture Republic was given £175k in transition funding “to maintain their commitments in 2018/19”.

“Today we informed staff and key stakeholders that regrettably, Culture Republic will cease trading on 31 August,” said the organisation’s Chair, Professor Alan Wilson. “We are particularly sorry for the impact this announcement will have on our employees – and our diverse national membership – and we will support everyone affected.”

Wilson said that the organisation had carried out a “major review” of its operations after its bid for Creative Scotland funding was rejected. But he said that an “ongoing lack of clarity at a national level” about the role of data, digital and audience development, made planning for a financially sustainable future “impossible”.

Culture Republic said that after exploring several different business models and cost-cutting measures, it had concluded that it had no option but to cease trading after receiving “no endorsement, funding or long-term investment”.

It said that the closure will affect 15 employees, as well as the “large number” of member arts and cultural organisations the organisation has worked with.

A spokesperson for Creative Scotland said: “We have been working with Culture Republic over recent months to discuss their future options following their unsuccessful application for Regular Funding 2018-21... We clearly recognise the importance of audience data collection and analysis in Scotland and are currently exploring how best to ensure this is provided effectively.”

Culture Republic was one of numerous organisations to be unsuccessful in its bid for multi-year funding from Creative Scotland, in a process that has been heavily criticised by the arts sector.

A backlash followed Creative Scotland’s initial announcement of its funding decisions in January, resulting in to a climbdown on planned cuts for 5 organisations. Creative Scotland Chief Executive Janet Archer apologised for any negative experiences felt by arts organisations, admitting that the national funder’s reputation had been “severely damaged”, and a parliamentary inquiry later said it was “very concerned” about the handling of some applications.

Julie Tait, Chief Executive of Culture Republic, said: “It is with huge disappointment that we close our doors at a time when data and digital technology – and the skills and experience to use them – have never been more essential to drive inclusion, attendance and rapid change across the arts in Scotland.

“We have worked across the country and with inspiring cultural organisations to help understand, attract and diversify their audiences, but were also in the uncomfortable position of competing with them for RFO funds.”

She continued: “We will work with Creative Scotland in the short time available to ensure that the audience insight and trend data we have gathered over the last 14 years – including our innovative software development, digital hub and online tools – are preserved where possible.”

Culture Republic was created in 2013 through a merger of Culture Sparks in Glasgow and The Audience Business in Edinburgh.