Arts participation continues to grow in Northern Ireland, though attendance has fallen and engagement is declining among disabled people and those living in deprived areas. 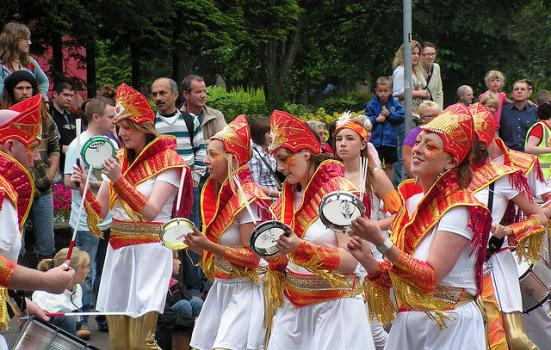 Figures released by the Arts Council of Northern Ireland (ACNI) also reveal that, while arts participation has grown, the same cannot be said of arts attendance, which has fallen significantly since 2011. The number of people who have attended an arts event in the last year, whilst up from 73% to 77% over the full ten-year period, fell from the previous high in 2011, when more than four out of five people reported having attended. The number attending plays or drama has shown the biggest fall of all artforms, and according to the latest figures stands at one in four, a lower level than in 2007. This was only marginally more than the proportion who had been to a rock or pop concert – a figure which has remained fairly steady over the decade.

Arts engagement in Northern Ireland has also shown signs of decline among disabled people and those living in deprived areas. While 55% of disabled people engaged with the arts in 2004, only 52% reported doing so a decade later – a fall from 64% in 2011. In the 20% of most deprived areas, where 76% had engaged with the arts in 2011, only 70% had done so in 2014.

These and other findings have been published in a new report by ACNI, which acts as the official provider of statistics for the arts sector. Covering the last five General Population Surveys, the report provides a snapshot of the characteristics and behaviours of those attending and participating in the arts in Northern Ireland over the past ten years, noting trends in arts engagement every three years since 2004.

ACNI Chief Executive Roisin McDonough, commented: “I am particularly pleased to see that engagement in the arts has increased in rural areas, showing that the arts really are for everyone. It demonstrates that public investment in the arts is working. As a sector, we’re successfully reaching out to communities and providing new routes into the arts.”

Research on NPOs’ environmental impact stresses their willingness to embed sustainability into their operations and artistic work. But...

Thursday, 23 January 2020
Bristol's Ad Infinitum plans to launch a new programme for D/deaf directors in 2022. The theatre company will work with D/deaf artists over the next two years to research, design and "create a... read more