The conservatoire is the fourth in two weeks to face allegations of historic staff misconduct. What's driving the rise in disclosure? 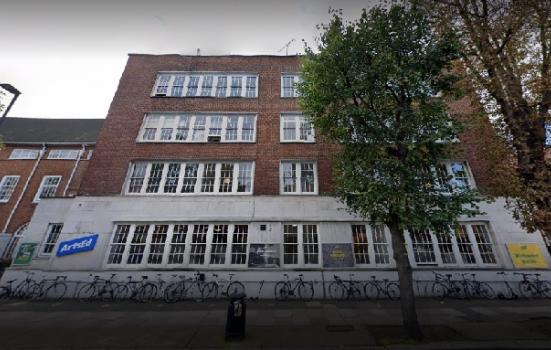 ArtsEd has stood down its Principal but won't confirm his involvement in the allegations
Photo:

ArtsEd has stood down its Principal and launched an external investigation into serious misconduct against students.

Chris Hocking "has agreed that it is appropriate for him to temporarily stand down", a statement released by the school says. While ArtsEd has not disclosed the nature of the misconduct, reporting by The Telegraph alleges Hocking oversaw highly sexualised dance lessons in which students felt pressured to give each other lap dances.

The paper also says a former teacher is accused of seriously sexually assaulting a student in 2013.

ArtsEd is the fourth acting conservatoire to face historic claims of sexual misconduct against students in the past two weeks after former students of East 15, Guildford School of Acting, and the Academy of Live and Recorded Arts (ALRA) accused teachers of promoting sexually inappropriate behaviour, including frequently rehearsing naked.

ArtsEd says it is aware of incidents involving students 18 years and older that took place between 2012 and 2017. It has opened a new email address - reporting@independentinvestigation.co.uk - for "anyone to report misconduct of any kind".

"Any information that comes to light within this investigation will be shared with the relevant authorities and we are already working to make contact with the appropriate stakeholders."

According to The Telegraph, allegations were first reported to ArtsEd in November.

They were investigated internally but no action was taken, in part because the main allegations related to staff who have since left the school. New information has since come to light that prompted the external inquiry.

But emails this week from ArtsEd Board Chair Mark Burch have cast doubt on the public claims: "We want to reassure you that if something does appear in the media, it doesn't necessarily mean it is true."

The school did not answer questions from ArtsProfessional about when it first received the allegations and how they were handled at that time.

Instead, crisis management firm Kendal Advisory sent this statement on its behalf:

"We have... launched an external, QC-led investigation into these allegations, because we take them extremely seriously. Nothing is more important than the welfare of students at ArtsEd.

"We have set up a reporting line for students. If they have concerns about anything that has happened at ArtsEd, they can report them in a secure environment.

"Our Principal, Chris Hocking, has agreed it is appropriate for him to temporarily stand down, in order to ensure this investigation is as rigorous and independent as possible.

"These allegations are serious and deeply saddening. They go against everything we stand for at ArtsEd. They will be fully and independently investigated."

The claims against ArtsEd have likely emerged on the back of those against other conservatoires and actor Noel Clarke, whose recent BAFTA award was suspended after allegations of bullying and sexual harassment emerged.

English National Ballet has also announced a review of its safeguarding practices after former Principal Dancer Yat-Sen Chang was convicted of 13 counts of sexual assault against students there.

Conservatoires are perhaps more vulnerable than other higher education settings to becoming breeding grounds for misconduct because of their small class sizes and intensive training methods.

Drama schools have begun to recognise these dangers in recent years, tightening up on safeguarding policies.

The Federation of Drama Schools (FDS) told ArtsProfessional that workshops on consent and "widespread inclusion of intimacy coordination" are key to ensuring an "empowering" environment for students.

It said its members, which include Guildhall, East 15 and ALRA but not ArtsEd, all have specific sexual harassment and safeguarding policies that are "highlighted" to visiting staff and external directors.

"FDS schools are constantly reviewing these policies and practices, and always believe that seeking honest feedback from the students, as they believe that this is vital to fostering an inclusive, secure and nurturing culture and atmosphere for all."