The City of Dreams strategy aims to engage 165,000 under-25s in the arts every year for the next 10 years, and hopes to address poverty and mental health challenges. 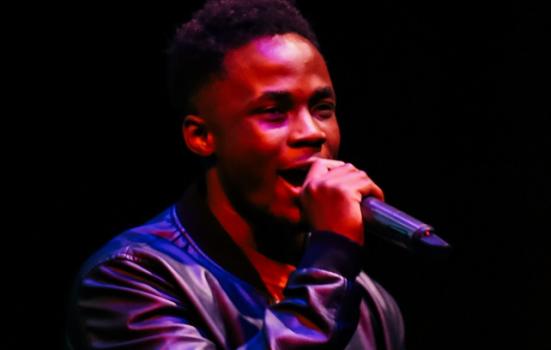 A 40-strong collective of Newcastle and Gateshead arts organisations has launched an ambitious 10-year mission to position the city as the “best place to be young”.

The plans include fourteen new programmes of activity that will aim to engage 165,000 people under 25 in the arts every year until 2028. It is hoped that this will help address the persistent challenges of poverty, falling educational attainment and a lack of career aspirations in the city.

The City of Dreams network is calling on local culture, heritage and science bodies to play their part in plans to break down barriers to the arts caused by a lack of finances and fears about engagement, to make sure “no one misses out”.

“We know that growing up on Tyneside isn’t always easy but we firmly believe our city can earn a reputation as the best place to be young,” Executive Producer for City of Dreams, Ben Dickenson, said.

“Over the last year we’ve worked with thousands of children and young people, and organisations in the arts, education, community, health, and science sectors, to come up with plans that can make a real difference to the lives of under 25s.”

A blog on the City of Dreams website stresses that the organisers are aware of the challenges facing the city, where 29% of children grow up in poverty – a proportion which rises to 47% in some wards. Nearly 25% of children see their educational attainment decline “dramatically” in the transition between primary and secondary education, and the number of looked-after children is higher than the national average.

“Nearly half of teenagers do not expect to ever hold down permanent employment, and mental ill health is rising every year, with waiting times for assessment now nearly three months,” it adds.

Publicly-funded culture in Newcastle has faced historic difficulties. The city rowed back on proposals to cut funding for all of its major arts venues in 2012 in the face of fierce criticism about the potential impact on the city’s cultural life.

The City of Dreams partnership is led by NewcastleGateshead Cultural Venues (NGCV), a group of ten major organisations that involves National Portfolio Organisations including Northern Stage and BALTIC Centre for Contemporary Art.

City of Dreams say that a consultation with almost 1,000 young people between late 2017 and early 2018 convinced them that the city could become nationally and even internationally recognised as the best place to be young.

Young people said that creative activity helped them “grow confidence” and “find new talents”, but also expressed concerns that some people don’t get to take part and that doing something new can be scary, complicated, or expensive.

They also said they wanted a greater say in what cultural activity in the city might look like.

Alongside the announcement of the new strategy, the collective has committed to 14 new programmes of activity to support young people.

There is currently no additional funding for this activity, which will instead use funds already provided to individual organisations by Arts Council England and local councils.

“In some sense, City of Dreams is about saying ‘how do we use our collective resources to make the most comprehensive offer that we can?’,” said Dickenson.

Chief among the new programmes is ‘Make Something Brilliant’, a city-wide programme of creative activities for all ages.

Organisations in the collective will also offer free tickets for shows between 4pm and 7pm for 12-17 year-olds through the ‘Twilight Shows’ initiative, in a bid to be more accessible for young people in the city.

“We can become known as a city where everyone under 25 is able to take part in cultural and civic life, fully and on their own terms,” a City of Dreams spokesperson added.

“Where the confidence and skills of younger people are grown through creative engagement. Where their potential is unleashed to innovate, create, learn, and be active members of their communities.”

Well if anyone can, Newcastle' can. Great to see joined-up thinking and arts organisations working together to create these opportunities. Hopefully others will follow.