New data has allowed the arts sector to be benchmarked against the wider charity sector, as the Charity Commission calls for charities to “do more” to promote diversity on their boards. 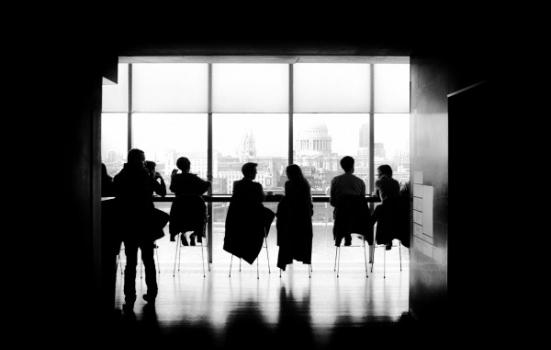 Trustees at major arts organisations across England and Wales are more diverse and representative of their communities than the wider charity sector.

New Government-backed research into the make-up and effectiveness of charity boards has prompted the Charity Commission to call on charities to “do more” to promote diversity on their boards.

The latest data released by Arts Council England (ACE) and the Arts Council of Wales (ACW) about the gender and ethnicity of trustees at their regularly funded organisations allows the arts sector to be benchmarked against the new figures relating to the wider charities sector, revealing that:

A regional breakdown of diversity on ACE’s National Portfolio Organisation boards reveals London-based organisations have the most ethnically diverse trustees, with 21.1% coming from BME backgrounds, although this falls well below the population average in the capital, which is around 40%.

In addition, 9.2% of trustees on the boards of regularly funded organisations in England and Wales are disabled.

The Government research did not look at charities based in Scotland, but data from arts funder Creative Scotland reveals 49.7% of trustees at its Regularly Funded Organisations (RFOs) are female, making the country the most gender-balanced arts region in the UK.

The research into the charity sector across England and Wales, commissioned by the Office for Civil Society and the Charity Commission, also revealed that men make up 71% of all charity chairs, and 68% of treasurers.

The report issues recommendations for increasing the recruitment of trustees from a wider range of people, including a Government-funded campaign to promote the values of trusteeship and a national register of trustee vacancies.

In addition, it calls for a “more differentiated and granular” approach to reviewing trustee skill deficiencies, which takes account of the varied financial contexts facing charities. This follows reports that charity trustees lack relevant digital, legal, fundraising, marketing and campaigning skills, and are concerned about a lack of ability to deal with fraud or external cyber-attacks.

Commenting on the findings, Helen Stephenson, the Charity Commission’s Chief Executive, warned charity boards do not reflect the communities they serve and are “at risk” of missing out on the widest range of skills, experience and perspective.

“Uniformity at board level also puts charities at risk by creating a culture of ‘group think’ where decision making can go unchallenged – something our casework bears out,” she added.

“Diversity of experience, approach and personality helps guard against such problems and enables any organisation to foster a culture that is conducive to good governance.”

More work to do

Philip Deverell, Director of Strategy at Creative Scotland, recognised there are still “issues of inequality and inclusion that need to be addressed” in the arts sector.

Much like ACE, Creative Scotland now requires its funded organisations to have Equality, Diversity and Inclusion Plans in place as a condition of funding.

“There is still much to do, but collectively as a culture sector, we can address the lack of diversity, support career progression and challenge poor employment practices,” Deverell added.