The Government has dropped parts of a draft plan that would have sidelined ‘non-core’ subjects for up to a year. 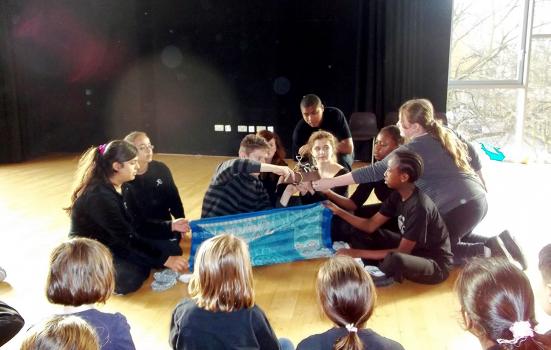 Pleas from the sector to keep the arts in schools’ catch-up curriculum have been heard as the Government releases its reopening plan.

Education Secretary Gavin Williamson has confirmed on that ‘non-core’ subjects will remain when schools reopen fully in September. A draft plan leaked to the media earlier this week said some subjects could be axed until next summer to allow students to focus on English and maths, sparking concern among music educators. Additionally, the draft plan said Year 11 students may have to drop some GCSEs altogether.

But Thursday’s announcement said schools will be required to teach “a broad and balanced curriculum in all subjects”.

Schools should “consider how all subjects can contribute to filling gaps in core knowledge,” the statement said.

Tina Ramdeen, Head of Youth Policy and Engagement at Roundhouse welcomed the Government’s announcement but said schools will need help to deliver creative subjects amid “huge” pressure to get students’ learning back on track.

“We fear creative subjects might be the first to go from timetables and we’re concerned extra-curricular activities will be cut, which would be hugely detrimental to the wellbeing and futures of young people.

“At a time when young people are under more emotional stress than ever before, their creativity can and should play a huge role in enhancing their learning, as well as their social and emotional development.”

Addressing the leaked draft guidelines, Annetts said music education is a key tool in tackling mental health problems and improving overall educational achievement. “For these reasons and many others, it should be central to the catch-up curriculum,” she wrote.

It remains unclear whether private music teachers can resume home visits once the two-metre rule is relaxed on Saturday.

Annetts’ letter notes that many music educators across the UK are already facing redundancy due to the ongoing lockdown.

ISM has asked the Government for clarity on whether teachers can visit pupils’ homes or host face-to-face lessons in their own homes or studios but says it is still waiting for a response.

Members of two different households will soon be able to interact from at least a metre apart, potentially opening the door to private lessons. However, more information about the risk of transmitting coronavirus through activities such as singing is needed, ISM says.