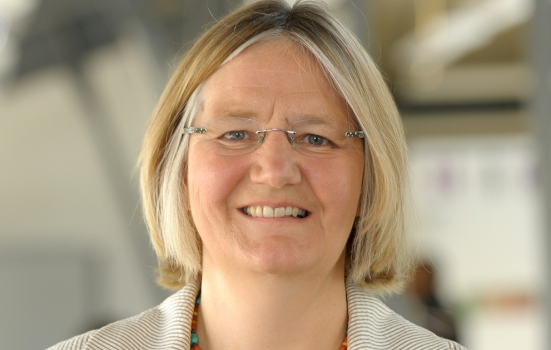 Pauline Tambling warns the arts are at risk of "becoming invisible"
Photo:

The arts sector is wasting energy by ‘pleading’ for more curriculum space, while ignoring that it is becoming increasingly irrelevant for school students who cannot see a link between their studies and arts-based careers, the Chief Executive of Creative & Cultural Skills (CC Skills) has warned.

Pauling Tambling urged arts organisations and funders to make arts education more job-focused, by engaging with apprenticeship and vocational education policy, and to recognise that current provision needs to be much wider to engage with all children in England’s schools.

Speaking to AP following the announcement she will step down from the Sector Skills Council this year, Tambling also called on the sector to dismiss fears about “contaminating” the arts through discussions about economic benefit. She stressed this is the way to address unfair recruitment practices and a lack of diversity in the arts workforce.

“The arts could become invisible everywhere except arts organisations if they don’t make themselves more relevant and more job-focused in schools,” Tambling told AP. “We need the whole arts sector to engage with education.

“If we stay in the bubble surrounding the arts, we get marginalised.”

The comments come as new research finds nine in ten schools have been forced to cut back on arts provision, and the Government’s English Baccalaureate policy risks denying access to arts subjects for over 130,000 children, particularly those in deprived areas.

Tambling, who spent seven years as a teacher in the 1970s and 1980s and held senior education roles at Arts Council England (ACE) and the Royal Opera House, stressed arts education has been “systematically undermined” since she started her career.

“In the ‘70s there was a sense of education being about the future, and about the sorts of problem-solving skills and tenacity that kids need to live in the world. But now education is almost backward looking and based on what has been done in the past, and a focus on curriculum delivery.

“It’s less and less about what our society needs.”

She said this was partly a result of arts subjects which are “too linear”. Compared with earlier decades, when teachers were supported to be seconded into galleries, she said art has lost the sense of “getting out of the classroom and engaging with creative people now”.

To this end, she criticised ACE’s national portfolio organisations for “missing the point”, by focusing on specific education objectives in their funding agreements, rather than engaging with schools more broadly and convincing young people that the arts sector offers more than enjoyable performances.

Research by industry body the Creative Industries Federation has highlighted that the creative industries are worth £91.8bn to the economy, employ 700,000 people more than the financial services, and are worth £8bn more than the automotive sector.

Tambling recognised this, adding that although the creative industries are one of the fast-growing employment sectors in the country, the skills needed for careers in these areas are not being taught in schools.

“The sector has never engaged with the idea of the economics behind the creative industries, and we therefore don’t get a place in careers advice and guidance,” she said.

“But as everything else going on in schools tends towards this guidance, we’re not seeing any schools talk to their pupils about what sorts of jobs are available in arts and culture – and people end up thinking there aren’t any.”

Tambling added the arts does not have genuine diversity of employment and has “neglected to employ people who are not graduates”.

Turning to ACE and the organisations at the top of the arts sector, Tambling said these organisations must engage more heavily with apprenticeships and T Levels, the vocational alternative to A Levels which will be rolled out by 2020.

“There’s almost no understanding of the further education sector in the arts world,” Tambling added. “That’s something CC Skills has worked on for ten years, and it’s absolutely mission critical, because that’s where a lot of the kids get left behind.

“Having technical qualifications in a sector where we’ve got lots of technical work is critical.”

She also said there should be much more encouragement of people on arts boards to join school, college and university boards, as “you can only really partner if you have a true understanding of what your partner is going through”.

Tambling has announced she will step down after CC Skills’ conference on apprenticeships this April, at which point the organisation will become one of ACE’s Sector Support Organisations in the 2018-22 national portfolio.