MPs have championed gardens as an artform and argue their contribution to the creative economy must be “explicitly recognised”. 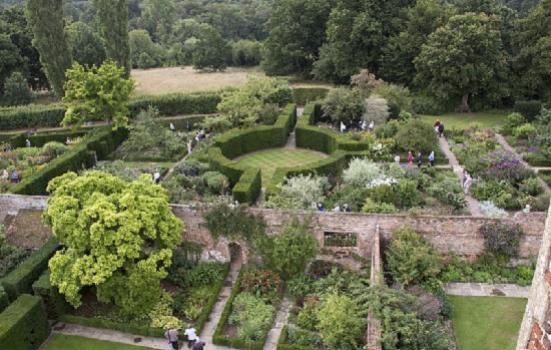 The Government should create a contest for a UK Garden City programme that includes the arts, a new report from the DCMS Committee argues.

Like the City of Culture scheme, a year-long UK Garden City programme would ensure the cultural and economic contribution of the country’s gardens is recognised – including garden tourism, which generated nearly £3bn in 2017.

The report says DCMS “should scope out how such an initiative could work in the next twelve months, with a view to launching the first competition before the end of 2020”.

DCMS Committee Chair Damian Collins said it was clear from the evidence gathered by the parliamentary inquiry that “there is so much potential here that needs to be tapped into”.

“Britain’s gardens are part of what makes Britain great. It’s time garden design and tourism are recognised for the significant contribution they make to our economy.”

Submissions to the inquiry said gardens have long been at the forefront of “innovation and creation”, setting trends in artistic movements.

But the report says gardening and garden design are not receiving the artistic recognition they deserve.

Sue Biggs, Director General of the Royal Horticultural Society, told MPs it was one of her “biggest frustrations” that the artistic value of the UK’s gardens was being overlooked.

“When you see the garden designs there is sheer artistry [in] how they are created and put together, trees and shrubs and flowering plants and sculpture together. To me, that is part of our creative industry, that is art. But whether through [the] Arts Council or any other area that recognises art, garden design is not recognised as art.”

Gardens are not being recognised as a “valid contributor” to the “wider creative economy championed by DCMS”, the report says.

MPs heard that UK garden design and conservation is world-leading: these skills are being marketed internationally, with experts especially sought after in countries like Italy, China and Poland.

But that hardly anyone outside the sector knows that, said submissions.

The report notes that gardening and horticulture are often seen as hobbies or manual labour: “It is not considered to be a creative artistic role or even a career path that could lead to something quite brilliant,” Philip Barnes, General Manager of Kent’s Sissinghurst Castle Garden, said.

“Every garden has an artist or a creator behind it that is brilliant … I see so often brilliance on a small and large scale, and we should be making more of that.”

MPs heard that garden tourism could double its economic contribution to the sector through better marketing and strategy at a local level.

Gardens rank highly among the UK’s attractions: According to the Tourism Alliance, visiting a park or garden is the seventh most common activity undertaken by domestic tourists, with 17% of all overnight visitors including one in their travel.

“Not only are parks and gardens an important and core component of the UK tourism offering, but their increasing popularity among both domestic and overseas visitors means that they warrant special policy consideration by the Government,” the alliance said.

It also argued for better strategic planning, noting that “garden tourism is rarely a priority” for Local Enterprise Partnerships.

Richard Barley, Director of Horticulture, Learning and Operations at the Royal Botanic Gardens, said there is “a huge potential upside that is not being tapped into currently”.

“There is very much a focus on that museum, built structure but our gardens, our Royal Parks, are living museums and we know that more people come year-on-year to visit them.”

The National Lottery Heritage Fund pointed to DCMS’ 2016 Cultural White Paper as further evidence of this oversight: “[It] made relatively little mention of the cultural traditions associated with our historic gardens, protected landscapes and natural heritage.”