Vaizey's rejects any notion of 'the arts in crisis' but local authority survey findings tell a different story. 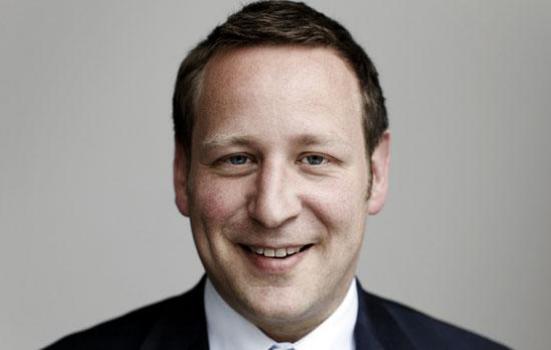 Culture Minister Ed Vaizey has declared that the arts in the UK are “waving, not drowning”, citing Sage and Baltic in Gateshead, the Turner Contemporary in Margate and the Liverpool City of Culture as “perfect examples of local regeneration being driven by culture.” In a speech to the Local Government Association Conference, he described the cultural sector as “a vital element in delivering economic growth, by encouraging economic investment through tourism and business”. He said: “I can assure you that culture and the arts are important to the Government. It seems ridiculous that I would have to state such a self-evident truth”, and accused those who see the arts and cultural sector as being 'at risk' of “scaremongering”. Posing the rhetorical question “where does all this rubbish suggesting ‘The Arts are in Crisis’ come from?”, he first of all pointed to growing Lottery sales to support his view that the Government is committed to safeguarding culture: “Arts Council England is now projected to receive £262 million in 2015, that’s over £100 million more than it received prior to May 2010.” He added that “the average local authority budget for the arts is a fraction under £385,000 – an increase in cash terms on last year’s levels”,and remarked that every £1 spent by local authorities on the arts brings in an extra £3.83 of additional funding. He also praised the 11 cities and places that are bidding become the UK’s City of Culture in 2017. “They are the ones that ‘Get It’. It’s only a shame that more don’t.”

But Arts Development UK, whose survey findings were used by Vaizey to make his case, has told AP that the Minister is viewing the arts through “rose coloured spectacles.” Administrator Pete Bryan said: “The cash-terms increase that Ed Vaizey is referring to was in fact a 0.008% rise, and therefore a real-terms fall, and this follows a fall of 17% the previous year when overall cultural spend by local authorities fell by 8%, museums and galleries spending contracted by 12% and tourism by 37%. As for leverage of other funds, the figure of £3.83 the Minister quotes should be considered in the context of the previous year’s £6.32. Capital spend on the maintenance and development of new arts buildings has all but disappeared, and employment of arts specialists has already fallen by 18%.”

ADUK is about to embark on its 2013 annual survey into the health of local authority arts provision, which will provide up-to-date figures on the current economic climate by recording details of councils’ arts budgets for 2013/14. Bryan expects these to paint an even gloomier picture: “In the 2012 survey, 32% of respondents expected future service reductions in arts and culture and 41% were finding it difficult to maintain their commitment to organisations that receive regular funding… more and more culture and sports organisations are being expected to increase their own turnover to sustain their work, and this will inevitably impact on poorer communities where people cannot afford to pay. This could create a North/South divide as welfare benefit cuts start to bite.”